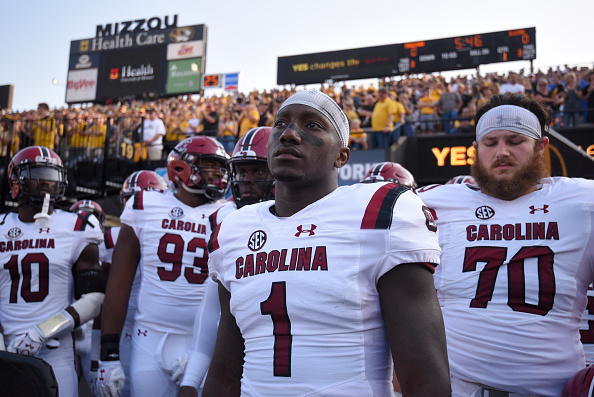 Before last week’s game between Georgia and South Carolina, Gamecocks star wide receiver Deebo Samuel was asked about his thoughts on being matched up with Georgia senior cornerback Deandre Baker.

Unfortunately for South Carolina, Baker put the clamps on Samuel all game and was able to grab an interception that led to a score for the Bulldogs.

Georgia fans even made this hilarious mash-up mocking Samuel after Baker’s breakout game against South Carolina.

Baker himself had some words for Samuel after the game.

“They know me now

On Monday, Samuel apparently tried to slide in a female Georgia fan’s DMs on Instagram and she viciously shot him down with a Deandre Baker joke.