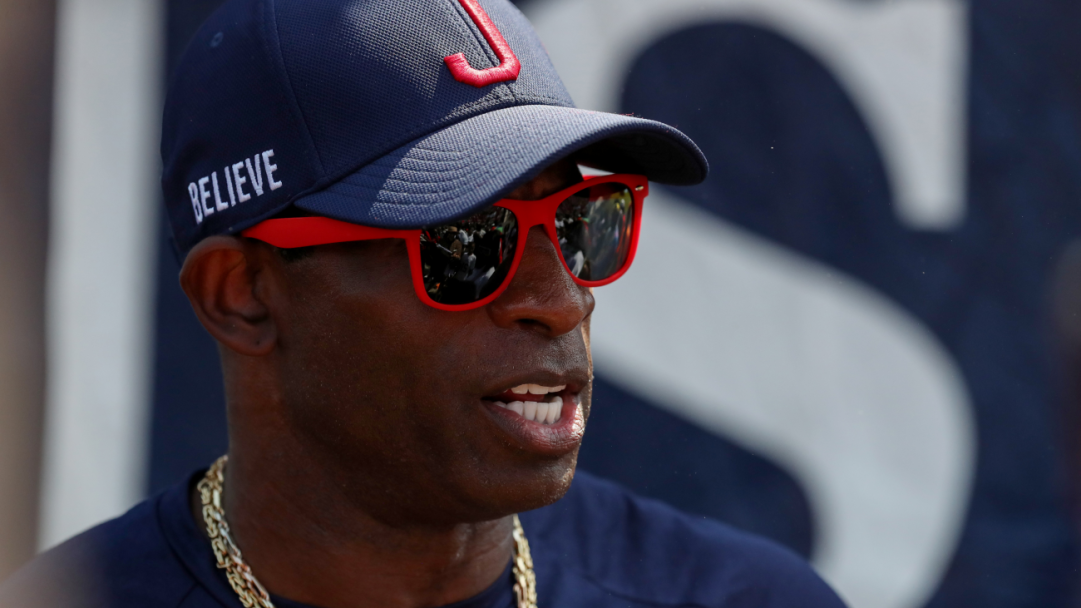 The Jackson State Tigers football team ran through the Texas Southern Tigers, winning 41-14. With the win, Deion Sanders’ team improved to a perfect 9-0 on the season.

Quarterback Shedeur Sanders, son of Deion Sanders, played a massive role in Jackson State’s easy win over TX Southern. He threw for 252 yards and 3 touchdowns. But when Jackson State went into the locker room at halftime, their head coach Deion wasn’t pleased with their 14-point lead.

Deion Sanders very clearly knew the camera was rolling here. You might even be able to make the argument that he was performing a little bit for the camera. So it’s difficult to say for sure how fired up he is at his team for only leading by 14 points or if he’s laying it on for the optics…

The Jackson State Tigers only have 2 games left before bowl season. Deion Sanders’ team will face Alabama A&M on the road on November 12th and then travel to Alcorn State on November 19th. After that comes bowl season where the Tigers will likely face their toughest matchup of the season.

Deion can get fired up all day about only leading by 14 points but the players know they were dominating every aspect of the game:

Speeches from Deion Sanders have become a popular topic in the past week. Deion’s speech in the wake of Migos rapper Takeoff’s murder went viral. He delivered an impassioned plea to his players for change:

Deion’s name is attached to every high-profile College Football vacancy lately. It remains to be seen if he has interest in coaching outside of Jackson State but it will be interesting to see what comes his way in the future.

The Jackson State Tigers currently have the 105th-ranked college football recruiting class in America. That is quite impressive for an FCS team.