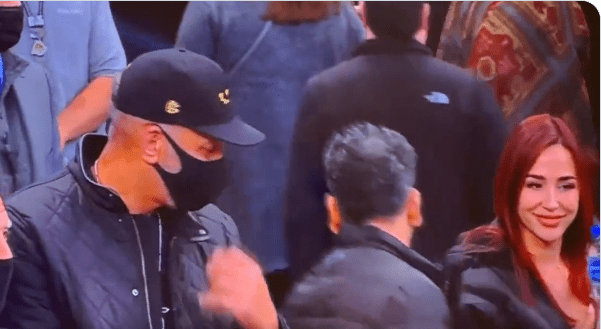 Dell Curry is back on the prowl.

Earlier this year, Dell filed for divorce from his longtime wife Sonya Curry after accusing her of cheating on him with a former New England Patriots tight end.

On Tuesday night, Dell showed up to Madison Square Garden to watch his son break the NBA’s all-time three-point record and fans noted that he had a divorced dad look about him.

No one has ever looked more divorced than Dell Curry pic.twitter.com/yJLcDZ206e

Dell Curry about to risk it all 🤣 #Warriors #curry pic.twitter.com/z5bCh6KkJn

POPS REALLY PULLED UP FOR THREE AND STILL GOT IT 😭😭😭 https://t.co/fyy6She8JP

Not surprised this is the man who taught Steph how to shoot his shot. https://t.co/mlMWSdPrdH