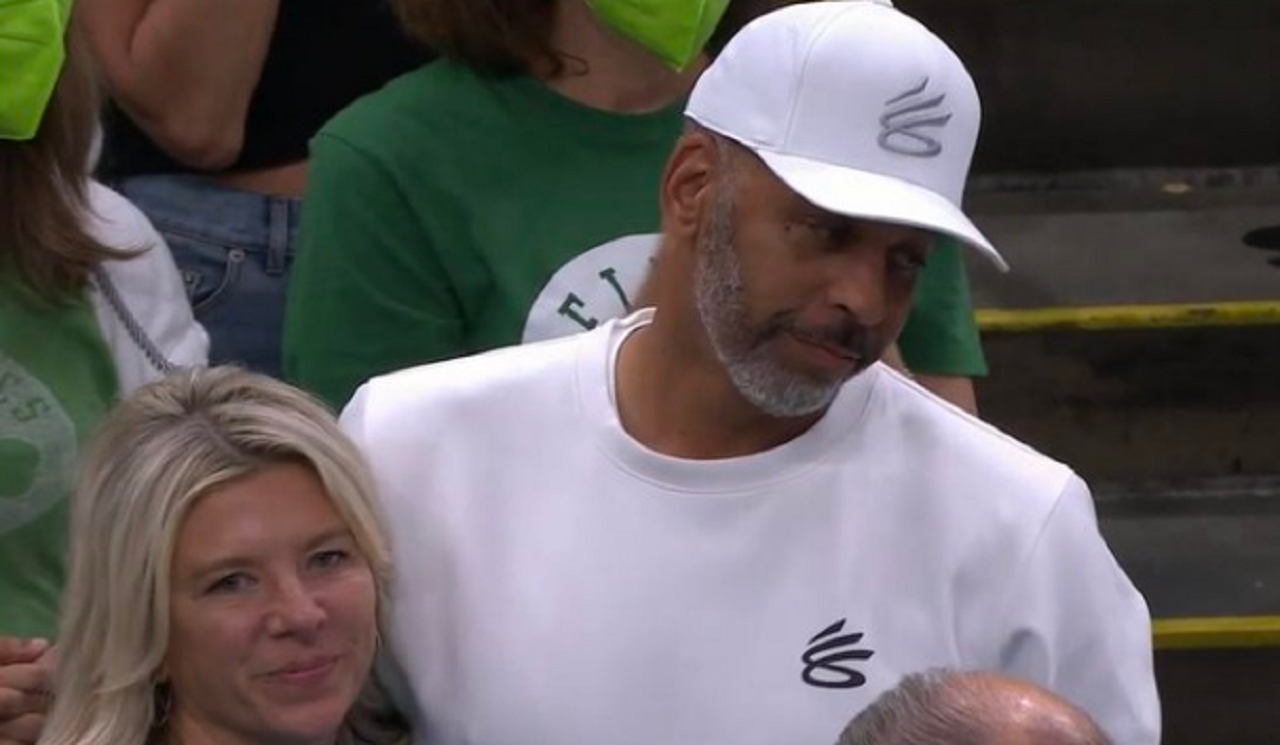 Earlier this week, it was reported that Dell and his ex-wife Sonya accused each other of cheating in their divorce papers.

Sonya Curry filed for divorce in June 2021 and said it was “provoked and justified” by Dell Curry’s misconduct.

She said Dell committed “illicit sexual misconduct” with different women during their marriage and that infidelity was known to the family and to close friends of the parties, according to the divorce records.

In response, Dell Curry, the former NBA player, accused Sonya Curry of having an affair with Steven Johnson, a former tight end with the New England Patriots. According to the divorce records, Dell Curry said Sonya Curry started the affair during their marriage and “lied each time she cheated.

A year after filing for divorce, Dell was seen with a new girlfriend to watch his son play at game 4 of the NBA finals on Friday night.

I see you Dell Curry pic.twitter.com/HW2juF31nv

The Internet had hilarious reactions to Dell appearing with his new girlfriend during the NBA finals.