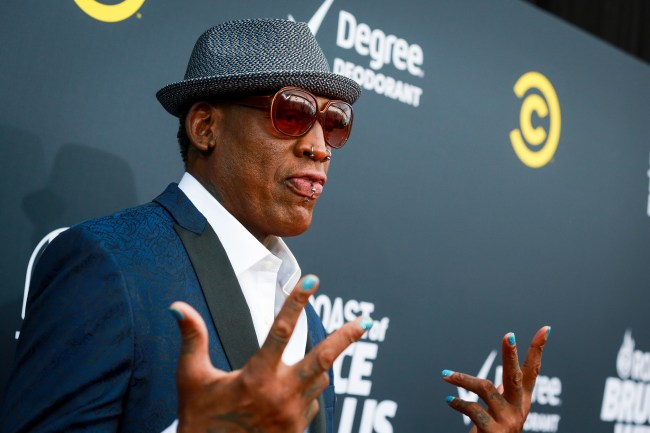 Last week, Embiid appeared on Bill Simmons’ podcast and said Wilt Chamberlain not MJ was the greatest basketball player to ever play the game.

On a special #NBAAllStar edition of #NBADesktop, we’ve got:

▪ @JoelEmbiid on the GOAT debate
▪ @KlayThompson on Michael Jordan’s fashion
▪ Bob Myers ducking questions about KD to the Knicks pic.twitter.com/0BxBwvu12z

To me, you got Wilt Chamberlain. He’s got all the records, and no one is ever gonna beat them. I don’t see anyone ever getting 100 points in a game. That’s it, he’s the G.O.A.T,”

Rodman, was asked by TMZ Sports about Embiid’s take and he fired several shots Embiid’s way.

“Joel Embiid, you’re doing a great job for your little island or country where you’re from,. “Shut the fuckk up, go do your goddamn job and do Philly proud. That’s the 1 thing they need, a championship.”

Dennis the goat for putting him in his place

Dennis Rodman would destroy this attention seeking crying grown up b**** Embid if they meet on basketball court.