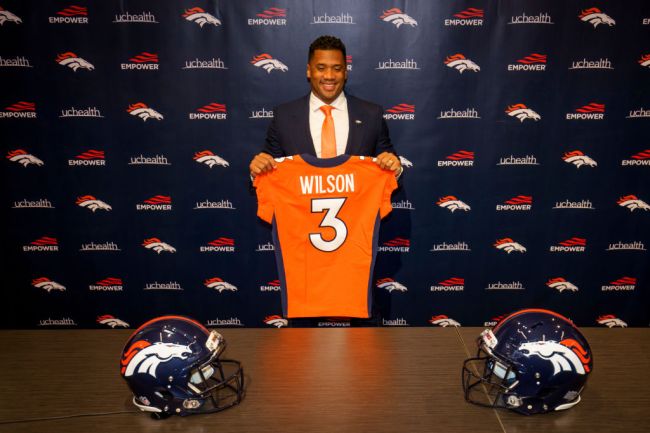 This NFL offseason has been one of the craziest in NFL history and the highlight of that craziness was Russell Wilson being traded to the Denver Broncos. The move came as a shock after both Wilson and the Seahawks denied for months that a trade would happen.

The move immediately made the Broncos a contender in the AFC even while competing in the league’s toughest division.

It’s was a move that has given Broncos fans something to believe in after years of rotating through disappointing quarterbacks and it seems to have Wilson’s new teammates pretty excited as well.

Today, while talking to DNVR Sports’ Zac Stevens, Garett Bolles had a message for his new QB that should make Wilson feel good about his new team while also taking a shot at his old team.

Russell Wilson facetimed Garett Bolles the night he was traded to the Broncos.

“I know you’re used to getting hit. You’re not going to get hit here”

A lack of protection was Wilson’s top complaint during his time with the Seahawks and was likely a big factor in his desire to be traded. It seems like Bolles believes he can prevent that issue in Denver.

Last season, the Seahawks allowed the combination of Russell Wilson and Geno Smith to be sacked 46 times in spite of the fact that they were one of the league’s most run-heavy offenses. The Broncos only allowed 40 while also attempting 46 more passes. The Broncos also brought back Billy Turner to bolster their line after he started 13 games for the Packers last season.

If the Broncos O-line can keep Wilson upright this season, they’ll have be a very dangerous offense. Now Bolles just has to make sure he can back this talk up.