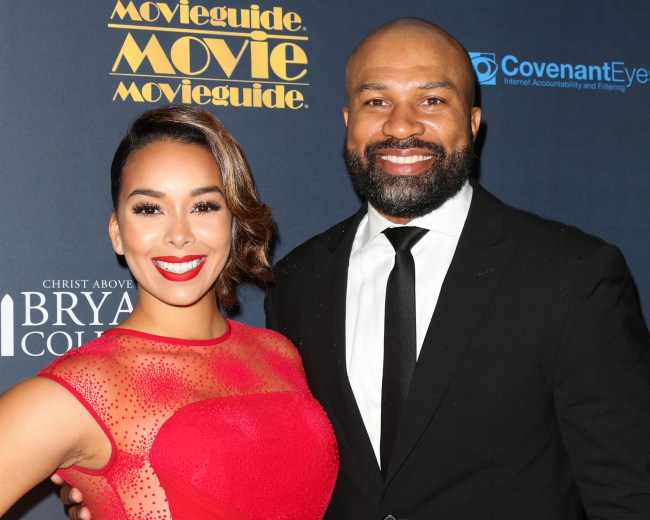 Derek Fisher, NBA good guy and former New York Knicks head coach, was reportedly arrested Sunday morning and charged with a DUI after losing control of his car and flipping it on the 101 highway in California.

According to the Daily News report, Fisher veered his 2015 Cadillac into the paved right shoulder before hitting a raised concrete curb and a guardrail, causing the vehicle to flip onto its back and block two lanes on the northbound 101 Freeway in California. The car came to a rest on its rood. Fisher was reportedly driving at a speed of 101 mph.

Fisher’s girlfriend–Gloria Govan, former wife of ex-teammate Matt Barnes–was a passenger in the accident but both she and Fisher miraculously remained uninjured.

Fisher and Govan released a joint statement Sunday afternoon, hours after Fisher’s arrest in Los Angeles. In the two-sentence statement, the two said they were “beyond grateful that we are both OK and no one else was involved.” They also thanked supporters for their thoughts and prayers, but it did not address the drunken driving arrest.

Since Fisher was fired as Knicks’ head coach last year, he’s been working as an analyst for TNT as well as for Spectrum SportsNet’s Lakers coverage this season. It’s still remains unclear how this incident will affect his employment status.