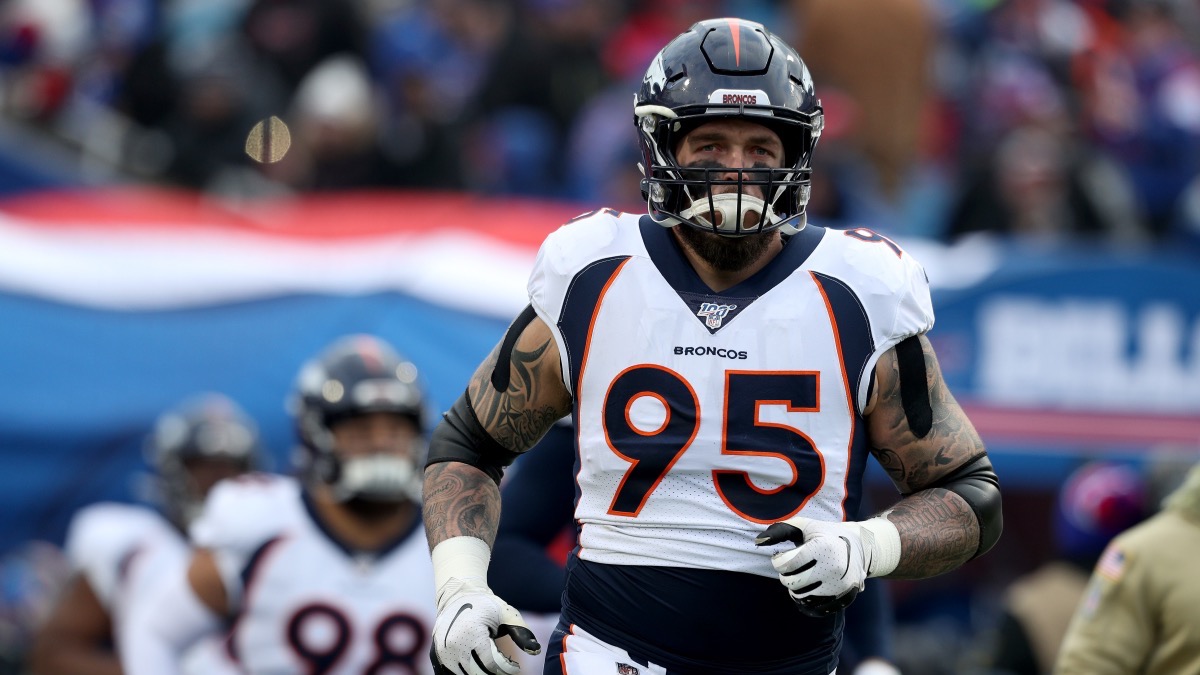 Derek Wolfe played 8 seasons with the Denver Broncos and 1 with the Baltimore Ravens, earning over $52 million for his time in the NFL.

He recently went viral for a ‘predator control’ hunt in Colorado. It was a 100% legal hunt where he took down a large mountain lion that had been “wreaking havoc in a rural neighborhood.” Including killing 2 dogs and living under the porch of a home.

Derek Wolfe shared a photo of his 100% legal *and* successful hunt on Instagram. In the photo, he is holding up the deceased Tom (male mountain lion) that was accused of terrorizing a Colorado town.

Since sharing that photo on Instagram, Derek Wolfe has received a ton of backlash. He was a guest on Tucker this week where he revealed how extreme the backlash has been despite the hunt being 100% legal.

Speaking about the legal mountain lion hunt, Derek Wolfe told Tucker Carlson he “can’t believe what’s happened to” him in the past week. He spoke on how just last year alone, 15 pet dogs were killed near Boulder, CO by mountain lions in 30 days.

Adding “I can’t believe that going on a legal hunt, doing something legal, by the book — they’ve had 200 calls to Colorado Parks and Wildlife trying to turn me in like I did something wrong. (I) did nothing wrong. Everything’s legal.”

Derek Wolfe went on to discuss the hunt itself. Saying “(I) was able to make a good shot, a good ethical shot, and harvested the cat. Got him out of there and did everything by the book. This was completely legal. CPW came down and checked the cat in for me.”

Wolfe also told Tucker he later had the meat processed and plans to eat the predator.

*Predator Control* 🚨 Late Tuesday night I got a call from @huntnest to see if I wanted to stalk a giant Tom (male mountain lion) who has been wreaking havoc in a rural neighborhood. He had already killed two of her dogs and was living under her porch, nervous what he might do next. We found a fresh 4×4 mule deer he had just killed. We hiked straight up 2500ft and down the other side, then back up again, back down the other side and then back up again to 9600ft. Exhausted,dehydrated,cramping I drew back my @hoytbowhunting and sent an @sevrbroadheads through him. Then I had to crawl backwards down the mountain with him to get him to the truck I fell 10ft off a rock face on the way down lol. Any guess how big this thing was ?

Recently, a man was hunting for elk near Boise, Idaho when he was suddenly thrust into a life-threatening situation. An adult mountain lion caught the hunter in its crosshairs and began to stalk the man, slowly pushing him back.

Luckily for the hunter, he had protection with him. He was out elk hunting but also had a pistol on-hand, presumably for a close encounter such as this with a mountain lion or another predator like a bear.