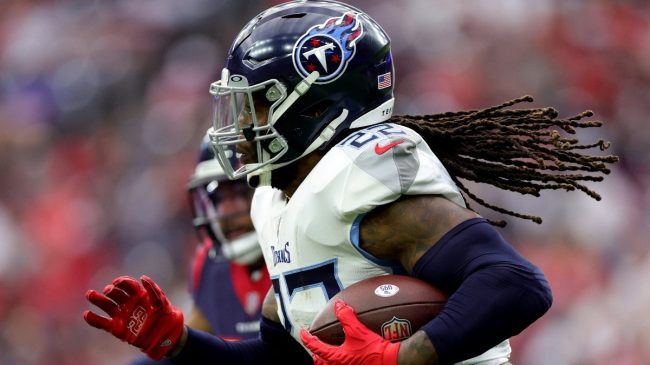 Derrick Henry is easily one of the best running backs to play in the NFL. He’s an absolute monster on the field. On Sunday, The King broke a massive franchise record for the Tennessee Titans, placing his name among the greats.

That’s right, Henry surpassed Eddie George as the all-time rushing touchdown leader in franchise history. This is a wild record to break for the Titans, especially considering the organization has had a plethora of great running backs through the years.

74 was the record and now Derrick Henry has 75 and counting. This is an amazing feat for The King, as he’s clearly an anomaly in the league. Many doubted he could continue this insane streak of greatness after suffering a serious injury last season. However, Henry is out here keeping the Titans alive in the playoff race and proving the doubters wrong.

What makes this franchise record truly insane is the amount of solid running backs the Titans have had throughout the years. Earl Campbell, Eddie George, Chris Johnson, and now Derrick Henry. The fact Henry has surpassed all of them in touchdowns absolutely bonkers.

All eyes should be on The King throughout the remainder of the season. After struggling in the first two weeks, he’s come alive since then. As long as Derrick Henry is in the backfield, the Titans are going to have a shot. Good luck to the opposing defenses on Tennessee’s schedule.