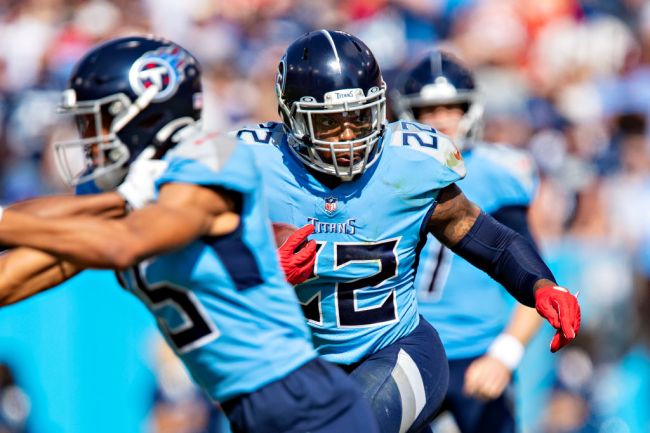 Derrick Henry’s phenomenal season could be over.

According to ESPN’s Adam Schefter, Henry suffered a potentially season-ending injury during his game against the Colts on Sunday.

Hearing he broke 5th metatarsal of his foot but getting MRI https://t.co/QG97ZJlEnr

Asked around last night after Derrick didn't come to the podium postgame for the first time how long he might miss: "He could be out for the year/season"

Losing Derrick Henry would be a huge blow for the Titans considering he has led the NFL in rushing each of the last two seasons.