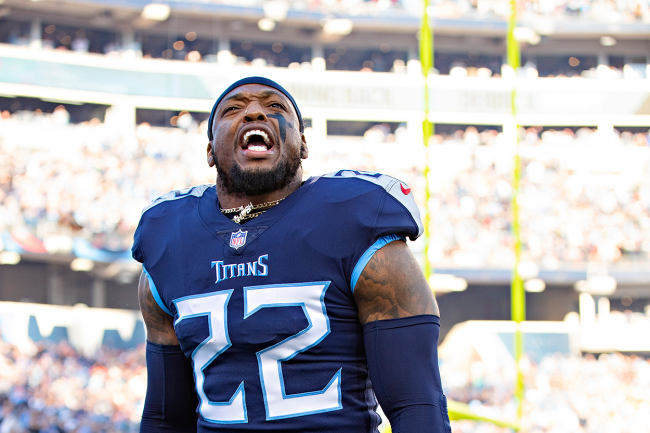 Derrick Henry is truly a freak of nature. The Tennessee Titans running back is listed at 6-foot-3, 247 pounds, which is absolutely massive.

If you do not, you will get run over. Henry will not stop and he will not try to shake you with some fancy football. He will run you over.

Although Henry was injured for much of 2021 and played in only eight games, he nearly surpassed the 1,000 yard mark and averaged 4.3 yards per carry. His presence was missed throughout the year, but the Titans were able to succeed without him on the field.

Now, as the attention turns toward 2022, Derrick Henry is all of the way back. He’s healthy and ready to run.

The 28-year-old running back was recently in the gym and video from his workout has since gone viral. While the lift itself isn’t anything particularly notable, Henry’s size and muscles most certainly are of note.

His biceps are larger than most thighs, his shoulders are boulders and the 247-pound man somehow has a very visible six pack. It’s truly frightening how strong Henry looks as he flexes on everybody— literally.

Derrick Henry back in the lab! #Titans

Another photo from the same workout really gives the full visual of Henry’s ridiculous arm strength.