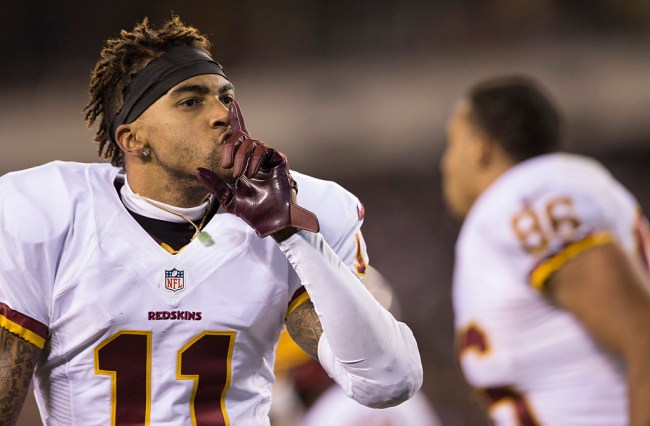 Yesterday afternoon the Dallas Cowboys sent shockwaves through the NFL world when they released superstar wide receiver Dez Bryant in a cost-cutting move.

Bryant was told he would be released by owner and general manager Jerry Jones. The Cowboys did not offer Bryant a pay cut and did not designate him a post-June 1 cut.

Bryant went on to say that he was hoping to get signed by a rival NFC east team like the Redskins, Giants, or Eagles so that he could exact revenge on the Cowboys for releasing him the way they did.

After Bryant’s release several players from different teams reached out to recruit the former Cowboys WR to their team including Redskins CB Quinto Dunbar. Dunbar’s former teammate DeSean Jackson saw his post on Instagram and made fun of him for kissing up to Bryant. 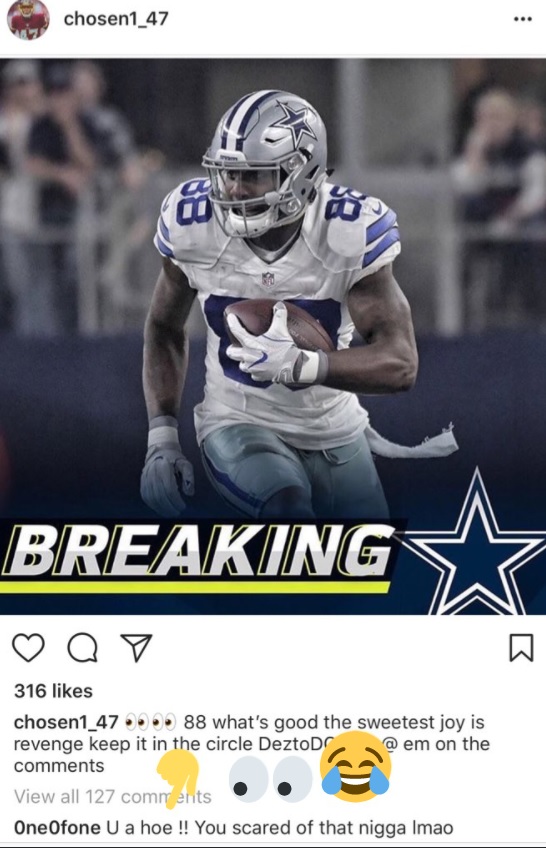 DeSean Jackson is too real.