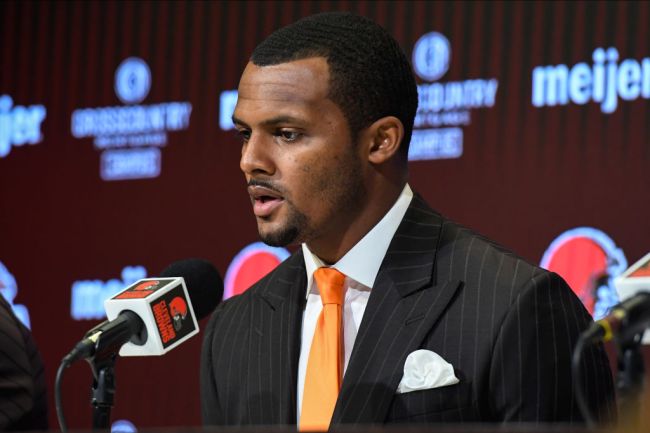 Deshaun Watson signed a massive $230 million fully guaranteed contract to join the Cleveland Browns, but he says he didn’t know about the contract before signing with the team.

Watson made the surprising revelation during his introductory press conference on Friday.

Deshaun Watson claims the $230M fully-guaranteed contract was not the reason why he chose the #Browns.

Says he didn't even know about the contract offer until after he decided on choosing Cleveland.

Here’s Deshaun Watson saying he didn’t know about $230 million contract before deciding to sign with the Browns pic.twitter.com/wJUorLucUN

“It had nothing to do with the contract, I didn’t know about the contract until I told my agent that I wanted to come and be a Cleveland Brown. That was secondary, that was after the fact that we spoke on the phone.”

NFL fans immediately called B.S. on Watson’s claim that he didn’t know about the $230 million contract before signing with the team.

So what drew you in Mr. Watson?? Was it the lack of wide receivers they have ?? Or is the the non existent offensive line

So truth is definitely not his strong suit https://t.co/zlobi81HRm

Deshaun claims a lot of things we don’t believe https://t.co/mUbxywV92v

This how I know he’s guilty. He just lies for no reason https://t.co/KhXGn14wMs

I also accepted a job without knowing the salary and hours and benefits. Just said yes https://t.co/EclpyThz50