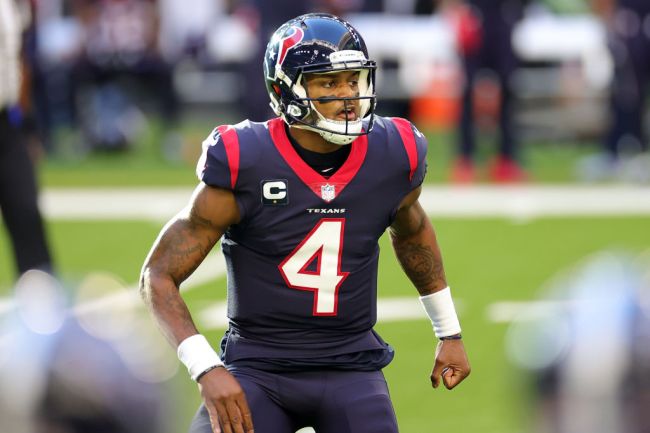 Deshaun Watson is currently at Texans training camp awaiting his fate for this season but things aren’t looking good for him off the field.

Earlier this week one of Watson’s many sexual assault accusers came forward to speak with popular Youtube personality Tasha K. Houston-based massage therapist Nia Lewis went on the ‘Unwine with Tasha K” show and provided graphic details about her encounter with Watson.

According to Lewis, Watson insisted she massaged “inside his butt” which she didn’t feel comfortable doing.

“The only thing that really bothered me in the first appointment was that he kept asking me to inside his butt, and I was just so confused…Normally with any of my clients I’ll stop at the lower thigh and he kept asking me to go inside….I originally thought it was the crack and so I would go around that area and he still wasn’t satisfied. He was very adamant and was saying don’t be afraid to go inside.”

Lewis said things got worse during their second appointment after Watson began getting “touchy feely” and repeatedly tried to grab her butt while she was massaging him. The massage therapist goes on to claim that Watson was erect during the massage and eventually asked if she wanted to put her mouth on his penis.

“The second appointment was really inappropriate, he was very touchy feely…he would act like he would accidentally brush up against my butt…It was to the point to where it came a time in the massage where I was massaging him from a distance because he kept trying to touch me.

He basically didn’t want the rest of his body massaged, he wanted his groin area massaged and his butt only…he kept saying do you want to put in your mouth? It was just very very uncomfortable.”

Lewis says she is not a part of the 22 lawsuits against Watson but decided to come forward to tell her story anyways.

You can watch Lewis’ entire interview with Tasha K below.