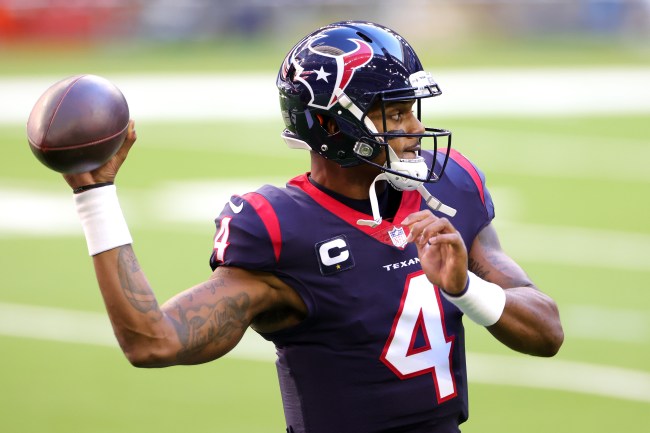 Deshaun Watson was to make sure fans don’t get the wrong idea about something he said during a mic’d up video.

On Saturday, a video of Watson appearing to say that he “masturbated” and ‘was ready to go” before a game went viral on social media.

Watson saw that the clip was gaining steam on Twitter and immediately jumped in to clarify what he actually said before things got out of hand.

Fans were still torn as to what Watson said in the video despite his clarification.

Na we know what you said 😂 https://t.co/PlJAtuIRKs

Hey…however you get pumped up before the game. Whom are we to judge!!?? 😁 https://t.co/l2OhFJpKd6