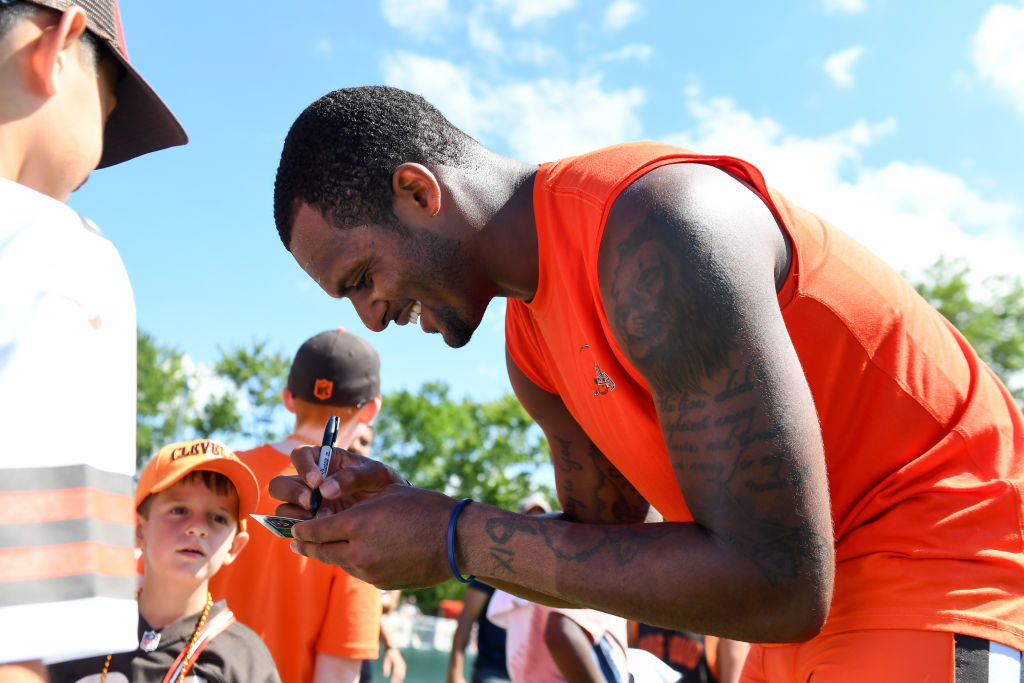 Browns fans seem excited for Deshaun Watson despite his murky past.

On Monday morning, the NFL’s disciplinary officer Sue L. Robinson announced that she is giving Watson a six-game suspension because she believed he was involved in “nonviolent sexual conduct” when he was accused of sexually harassing over 20 massage therapists in a span of two years.

Judge Sue L. Robinson’s decision says Deshaun Watson’s “pattern of behavior was egregious,” but notes that behavior was “nonviolent sexual conduct” in explaining the decision to suspend him six games, per source.

After Browns practice on Monday, Watson was “mobbed” for autographs by fans not long after the suspension ruling was announced.

Deshaun Watson getting mobbed for autographs by fans after practice #Browns pic.twitter.com/c472xtoVKs