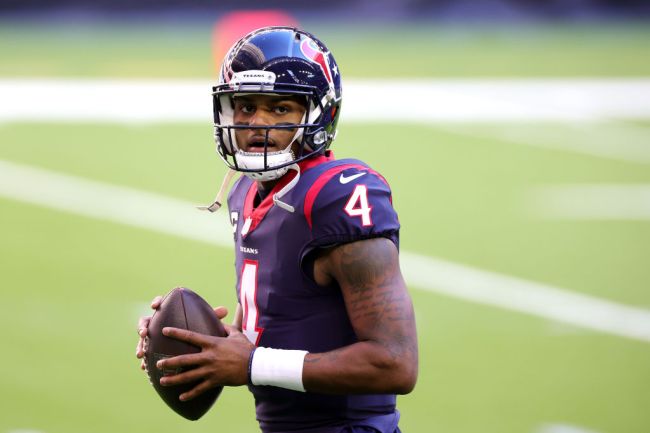 The Deshaun Watson to Miami trade rumors are starting to heat up again before the NFL’s November 2nd trade deadline.

According to the Houston Chronicle’s John McClain, the Dolphins and the Texans are having serious talks about a Watson trade after Miami lost their fifth straight game in the season to Jacksonville over the weekend.

Texans, Dolphins could have Deshaun Watson deal done this week https://t.co/yhBcVi26Ds via @houstonchron

If the Texans and Dolphins are unable to consummate the trade this week, they want to get it done by the league’s deadline.

The Dolphins have been talking to the Texans about Watson off and on for months, and those talks have intensified into serious negotiations.

After losing to Jacksonville in London — their fifth consecutive loss — the Dolphins seem more determined to finally execute the Watson trade.

While Tua looked decent in his outing against the Jaguars on Sunday, he made bizarre decisions in the game that led to questions about his future with the team.

Still amazed by how bad this throw was by Tua. Horrible pic.twitter.com/1o9zFRO30g

It’s still unclear when Watson will be available to play but as of now he has to be suspended by the NFL despite the fact that he’s current;y be investigated while facing 22 sexual assault lawsuits.