Deshaun Watson Overthrows Receiver In First Pass As A Brown, Gets Roasted By NFL Fans 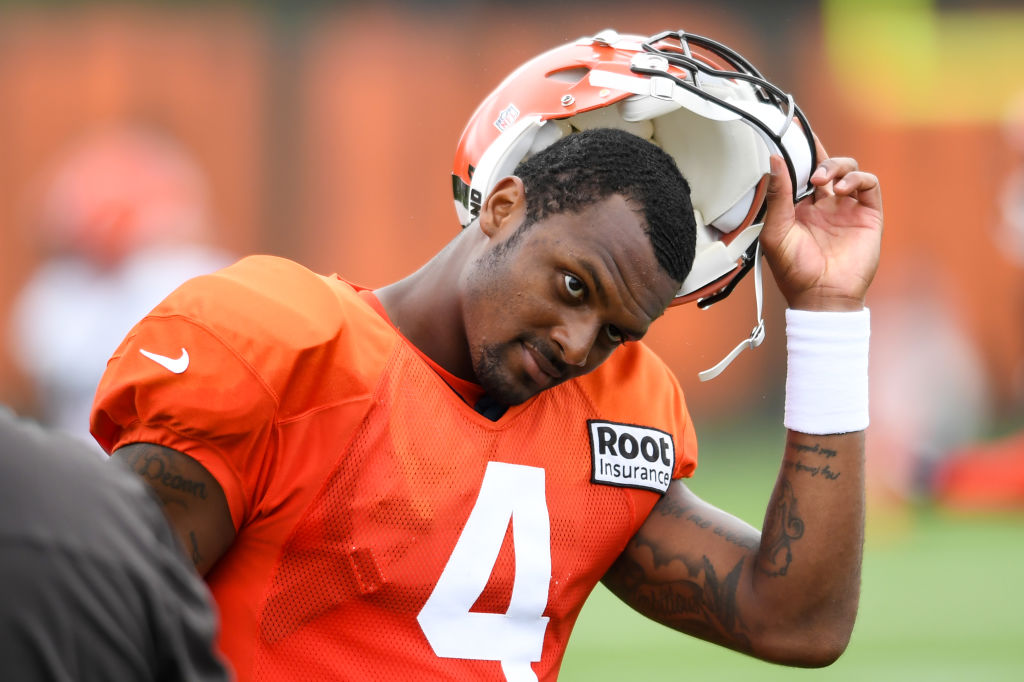 Deshaun Watson made his NFL return with the Cleveland Browns and he appeared to be a bit rusty.

On Friday, Watson played in his first game in nearly two years while the NFL is still deciding on how long to suspend him.

He's been first in every line every day at Browns camp, which officially began two weeks ago today.

Now we (continue to) wait for the ruling, whatever it may be. https://t.co/tlicIUiXv6

In his first pass of the game, Watson overthrew his receiver and proceeded to go three and out in the Browns’ initial drive.

First pass for Deshaun Watson as a Brown? overthrow. pic.twitter.com/c72GrhYLq5

Fans immediately mocked Watson in his first game back.

people would eviscerate baker for this https://t.co/uyXxNM1w35

I hope he’s this bad for the rest of his life https://t.co/owl7kNse6J