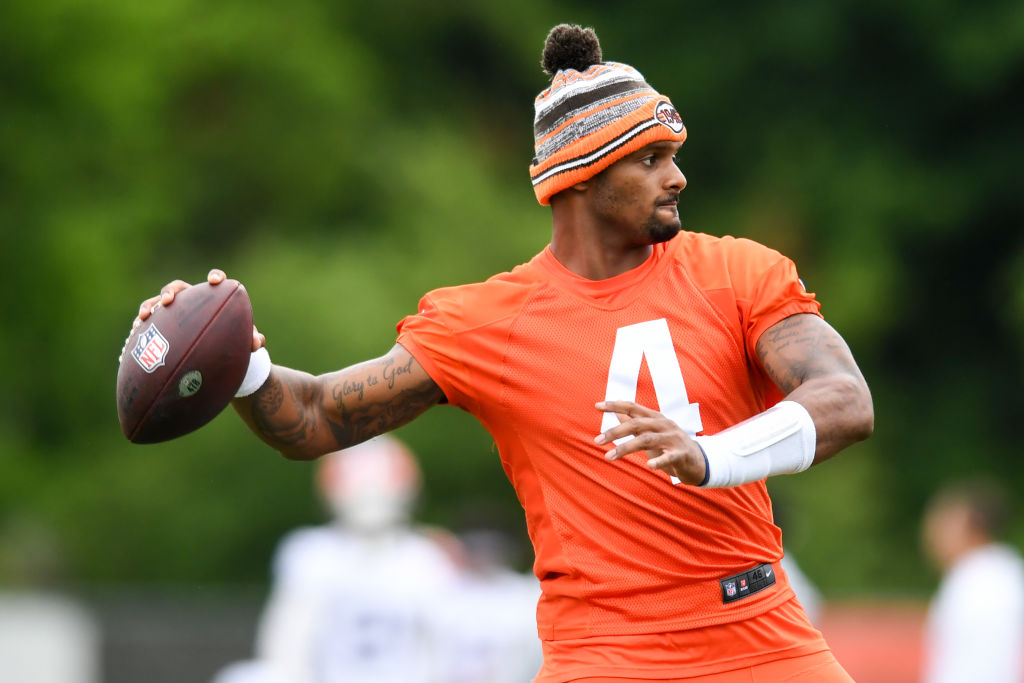 Deshaun Watson has reached confidential settlement agreements with 20 of 24 women who sued him and accused him of sexual misconduct during massage therapy sessions.

Breaking: Deshaun Watson has reached confidential settlements with all but four civil lawsuits that were filed against him, according to attorney Tony Buzbee.

20 out of the 24 civil lawsuits filed against Deshaun Watson have been settled and will soon be dismissed. https://t.co/5nif7YKoZh

Tony Buzbee announces in a statement that all but four of the civil lawsuits against #Browns QB Deshaun Watson have been settled pic.twitter.com/Ye3HoQi05h

“Today I announce that all cases against Deshaun Watson, with the exception of four, have settled,”“We are working through the paperwork related to those settlements. Once we have done so, those particular cases will be dismissed. The terms and amounts of the settlements are confidential. We won’t comment further on the settlements or those cases.”

Ashley Solis, the first massage therapist to publicly come forward to accuse Watson of misconduct, is one of the holdouts according to Buzbee.

“As stated, Ashley Solis is one of the heroes of this story. Her case has not settled and thus her story and that of the other three brave women will continue. I look forward to trying these cases in due course, consistent with other docket obligations and the court’s schedule.”

During his introductory press conference with the Browns just last month, Watson said that his intent was not to settle but was looking to clear his name.

On if he has any plans to settle on the 22 allegations in civil court, Deshaun Watson says:

“That’s not my intent. My intent is to clear my name as much as possible, and that’s what I’m focusing on.” pic.twitter.com/I3pOSufAz9