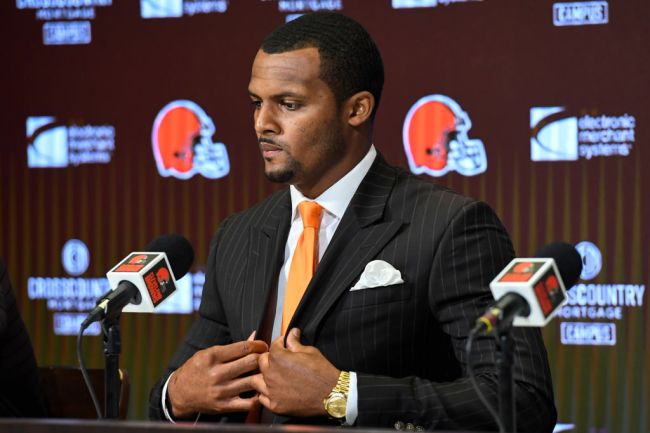 Despite making a massive move at quarterback this offseason, the Cleveland Browns still have plenty of uncertainty at the position. They find themselves waiting to find out about any potentially disciplinary action for Deshaun Watson and still don’t know whether or not Baker Mayfield will be on their roster at the start of the season.

According to Watson’s lawyer, the Browns will at least have clarity on one of those situations soon. Cleveland.com’s Mary Kay Cabot reported today that Watson’s Lawyer, Rusty Hardin, believes the NFL will give Watson and the Browns an answer by June or July.

Deshaun Watson’s lawyer: #NFL investigators ‘will want to talk to’ the #Browns QB again before they wrap up investigation. Expects decision on discipline ‘by June or July.’ Not optimistic HBO interviews will be fair https://t.co/xN124JeqJM

“We should know what their position is initially sometime in June, and then everybody will figure out if there’s going to be a hearing about it or can people work things out, or whatever. The only thing that’s certain is that they want to try to get everything done this summer — and earlier than later in the summer. Past that, we don’t really have any firm dates or possibilities.”

Hardin also commented on how thorough he believes the NFL’s investigation of Watson has been.

“This idea that [the NFL] hasn’t aggressively investigated this is totally, totally false as evidenced by the fact he’s already spent three days with them. They’ve obviously done a bunch of research and done a lot of work themselves and they say need to do some more.”

It looks we’ll find out soon whether or not the huge contract the Browns gave Watson this offseason is going to pay off for them in 2022.