Desmond Bane Says There’s Only One Three-Point Shooter Better Than Him, For Now 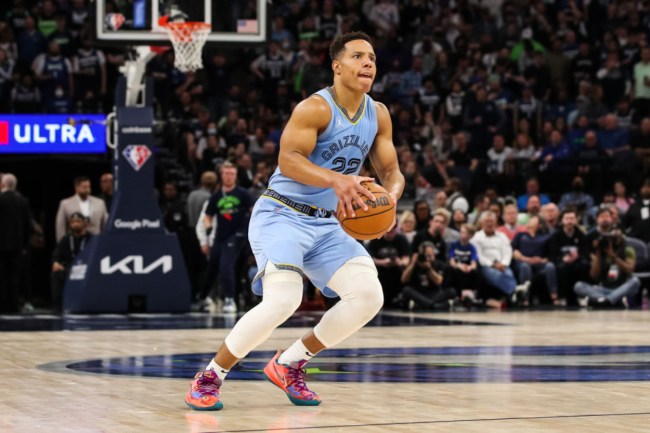 Desmond Bane had a strong rookie campaign for the Memphis Grizzlies last season, but the leap he’s taken between year one and year two has been unbelievably impressive. The former TCU guard is all of the sudden one of the top three-point shooters in all of the NBA.

Bane knows it, too.

With the Grizzlies currently doing battle with the Warriors in the Western Conference semifinals, most eyes are on the splash brothers of Golden State. Bane respects that, but he knows he belongs in the conversation for best marksman in the league.

Michael Pina of Sports Illustrated asked Bane how many three-point shooters are better than him right now and the only name he mentioned was Steph Curry.

“Other than that, you’re gonna have to show me,” Bane said. “Steph deserves his flowers, and Klay Thompson, I mean, he’s come back from injury. But outside of that, I want to be looked at and talked about in the same conversation as those guys. … That’s what I’m striving for.”

When strictly looking at three-point percentage numbers from the regular season, only one player shot the three-ball better than Bane, Clippers’ guard Luke Kennard.

Bane shot 43.6 percent from beyond the arc averaging 6.9 three-point attempts per contest. Kenard edged him with 44.9 percent shooting while chucking up 6.0 threes per game.

The Memphis guard was a candidate for the NBA’s Most Improved Player award this season, but the league ultimately gave the award to his teammate Ja Morant. Morant didn’t agree with the league’s decision, however, as he immediately took the award over to Bane’s house in Memphis and left it in his kitchen to find.