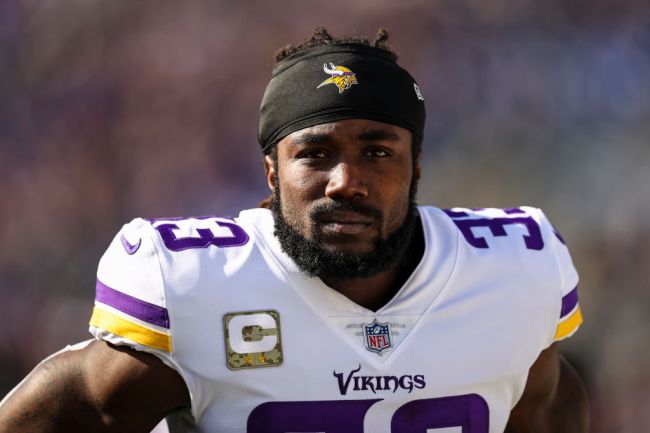 A wild story is developing in Minnesota.

On Tuesday night, ESPN’s Adam Schefter revealed that Vikings RB Dalvin Cook is contending that he was the victim of domestic abuse and extortion.

Minnesota Vikings’ RB Dalvin Cook is the victim of domestic abuse and extortion – there’s pending litigation, according to his agent Zac Hiller.

According to Cook’s agent, the woman unlawfully entered the running back’s home and attacked him. Cook says he defended himself, and the woman is now attempting to sue him for injuries suffered during the altercation.

Dalvin Cook contends that he's the victim of domestic abuse and extortion. https://t.co/oPinLKx9mD

It’s confusing, to be sure. So we spoke to Hiller. Here’s what he told PFT by phone.

Roughly a year ago, someone unlawfully entered Cook’s house. The female who did it, is a sergeant in the U.S. military, attacked Cook in his home while he had a guest present. Cooks defended himself, as authorized by Minnesota’s version of the Castle Doctrine. The invader then allegedly tried to extort Cook for millions of dollars, claiming that she suffered injuries during the course of the attack that she allegedly initiated.

Because she allegedly broke into Cook’s house, however, he had the right to defend himself. Litigation, per Hiller, has not yet been commenced, but it’s in the process of being initiated. No criminal complaints have been filed in connection with the incident.

Update: The Star Tribune has more details on the case.

And Cook’s lawyer responds to allegations made against him from the woman.

Statement from Dalvin Cook attorney, David Valentini, in response to a civil lawsuit filed today by a woman alleging that Cook assaulted her in 2020: pic.twitter.com/d1cOsV3tT7