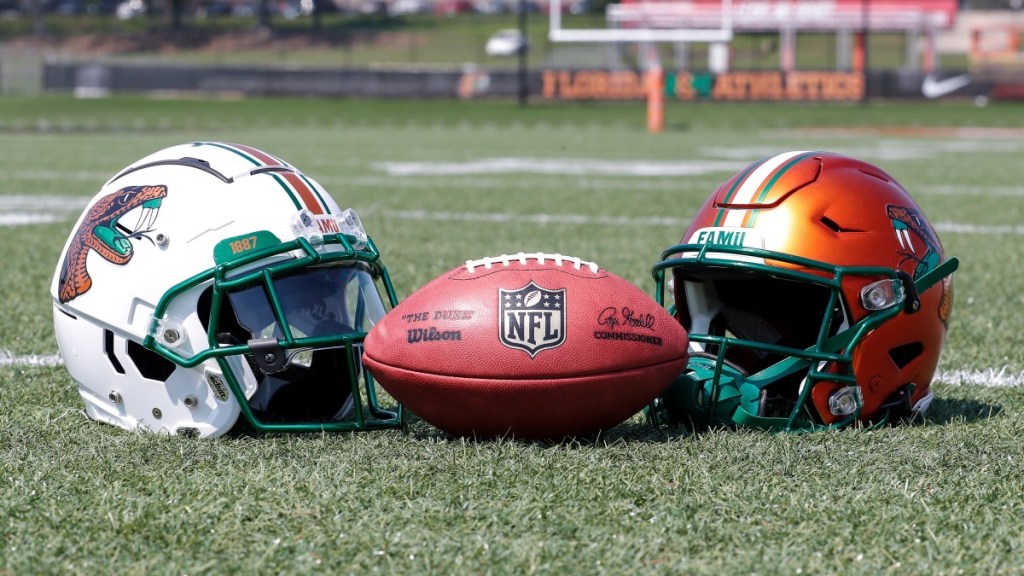 The FAMU Rattlers were set to take on UNC in a Week 0 matchup at 8 pm on Saturday night. As of lunchtime on Friday, the day before gameday, the FAMU Football team had still not boarded the plane to Chapel Hill.

Amid swirling rumors that the game would be canceled due to eligibility issues, Alison Posey of ABC27 in Tallahassee, Florida was able to get a firsthand report from FAMU’s coach. It appears as if the eligibility issues are on the Rattlers’ end, not on UNC’s side, and there are so many ineligible players Florida A&M might not have been able to field a full team.

Here’s what we know so far, as details are emerging by the minute… According to FAMU coach Willie Simmons, there are 20 ineligible players. Some of them are out for a few games, some of them are ineligible for the entire season.

Just spoke with Florida A&M head football coach Willie Simmons. There are twenty players that are ineligible, be it to academics or transfer eligibility.

He said only seven offensive lineman that can travel – that’s not enough to safely play a football game. https://t.co/ix3AnfgvLH

Everyone surely wants to see the game played, especially the Florida A&M Rattlers who would get paid a hefty sum for traveling to Chapel Hill.

Coach said they have pleased with the NCAA to appeal their circumstance. They don’t want to see a game not played, hopefully they’ll extend some grace and mercy. https://t.co/TrQ0Qq0hQ6

Some Rattlers are out 4 games, others the full year.

“Certification is certification. Right now, some guys are lost for the season. Ruling on others is four games.” https://t.co/Wj9fumLT5y

A College Football team can have 125 active players. Being without 20 of them is a MASSIVE MASSIVE loss that would leave them depleted at virtually every position.

Coach did say he is leaving the decision to play up to the players. He and the coaching staff have talked to them about playing and not playing – it will ultimately be their decision. https://t.co/BjWwWiFWKR

Academic ineligibilty on the FAMU side.

Want to clarify the academic issues: coach said it’s a myriad of issues. Progress towards a degree (student athlete related), advisement issues as well that are University related – what classes athletes are placed in. https://t.co/ipBHg4Er5w

What would cancellation on the FAMU side mean? It could potentially be very costly:

If FAMU cancels, it would forfeit the payout from UNC, be on the hook for a cancelation penalty, and then lose out on any non refundable travel expenses. All told, that’s equivalent to about 1/10th of their annual athletics budget. https://t.co/hDf4vQE4ir

UPDATE: they’re saying the game IS ON for now

They are flying to UNC, saying the game is being played, but based on the details above it’s obvious there’s still a strong likelihood the game is canceled tomorrow.

BREAKING: From Florida A&M, it is official, this team IS traveling to North Carolina and will play tomorrow. @abc27

Best bite to sum up today from HC Willie Simmons: "The responsibility ultimately falls on the student athlete, but without support, it is really, really hard to juggle all they have to juggle and still maintain satisfactory academic progress & still compete at the highest level."

Plenty of folks are tweeting about FAMU right now but Alison Posey went straight to the source. She is the best source right now for details about the Rattlers’ ineligibility and it’s worth giving her a follow on Twitter to stay aprised of the latest updates.