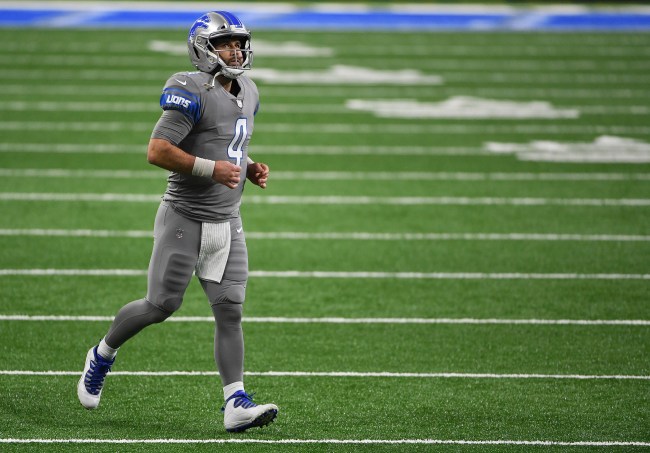 The Detroit Lions got their butts kicked by the Tampa Bays Bucs on Saturday afternoon and Chase Daniel became a topic of conversation during the garbage time portion of the game.

And now the injured Lions’ QB Matthew Stafford has gone to the locker room. Lions’ backup Chase Daniel will be entering the game.

Not only were fans shocked that Daniel was still in the league, but they were surprised to learn that he had somehow made nearly $40 million during his career despite not getting much playing time.

Chase Daniel.
$38M of career earnings.
More than $10M each from Chiefs, Eagles and Bears.
First ballot Hall of Famer in the Business of Football.

How has Chase Daniel made $38 million over the course of his career and not garnered more attention? That is mind-blowing.

Chase Daniel really on pace to make 50 million over his career and has only thrown 1600 yards 8tds and 7ints lol pic.twitter.com/XioG7U6XTa

Chase Daniel should be arrested for robbery. pic.twitter.com/sJ07E6BeUw

Being a career backup QB seems like a solid gig.