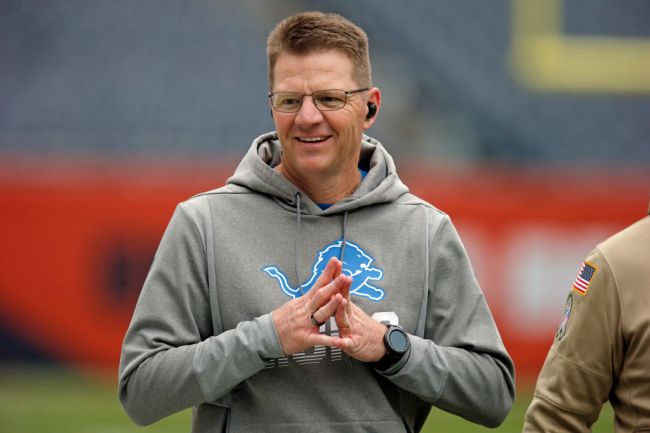 Derrell Bevell has an eventful week. It all began when the Detroit Lions named him interim head coach after parting ways with Matt Patricia. Fast-forward a few days and he quite possibly completely ruined his daughters’ (yes, plural) marriage proposals.

Bevell spoke with reporters on a Zoom call on Monday and explained that marriage proposals are in his daughters’ futures as both of his future son-in-law’s asked for his blessing before popping the question.

“On Saturday, I was with my family, my wife, my three daughters, and then my two, I guess future son-in-laws now. They both wanted to talk to me this past weekend,” Bevell said, according to TMZ.

He then went on to say that they hadn’t asked them to marry them yet, which is why the title to this article suggests that Bevell may not know how the Internet works.

“The two guys asked me for my permission, they haven’t officially asked them yet so that’s where that was, it was just permission. So I don’t know when that’s coming.”

I can only imagine the calls he got from both of his daughters. Better yet, I can’t imagine how pissed off his wife is about him revealing the proposal news to the entire world. I’m assuming dinner on Monday night at the house was not fun for Mr. Bevell.

To add to the eventful few days for the interim head coach, one of his daughters actually hit a softball off her soon to be fiance’s face over the weekend.

“So my middle daughter’s a softball player at BYU and when she came up here, she’s like, ‘I haven’t got enough hitting in, I want to go hit.’ So we went out and hit, and one of them took a softball off the eye, so he asked me while we were in the emergency room.”

Hey, at least his two daughters will have a classic story to tell about their engagement.

‘Yeah, dad told reporters not thinking they’d tell the whole world about it so the proposals weren’t really a surprise but I guess they were unique.’