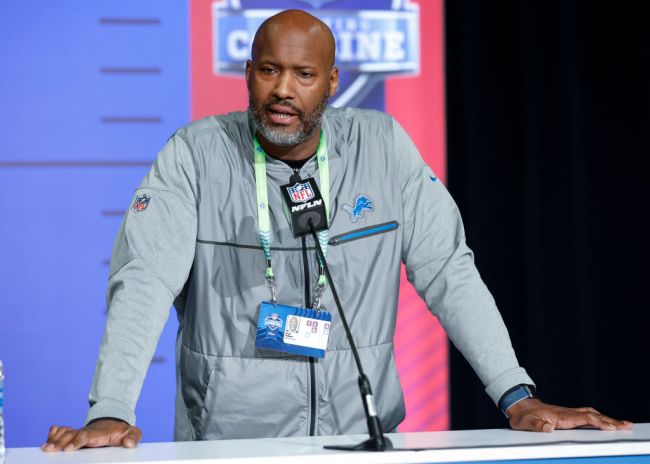 The Detroit Lions have some big decisions to make this offseason. They currently own the 2nd pick in the NFL Draft and have a ton of needs on the team, including potentially trying to replace Jared Goff.

However, it seems they may not be interested in making that big decision this year. Instead, they could trade back from pick 2 after taking calls for the pick.

Lions GM Brad Holmes has talked with "a couple of teams" about trading back from No. 2 pickhttps://t.co/qzVI8SJTcJ pic.twitter.com/FQGt6CItPm

This is a move that could be very beneficial for the Lions as the continue to rebuild. They must not believe that their franchise quarterback is available at the top of this draft. If that is the case, then their best case scenario is to set themselves up for another high draft pick next season when there is expected to be a much better class of QBs.

Trading back from pick 2 would also give the Lions the opportunity to continue acquiring assets to build their roster. They have already managed to gather quite a few talented young players in the last few years, drafting TJ Hockenson, Amon-Ra St. Brown, D’Andre Swift, Penei Sewell, and Jeff Okudah.

The Lions would be able to pick up at least an extra first rounder and probably a little bit more draft capital on top of already owning picks 32 and 34 in this year’s draft. They could build an impressive young core of talent around Jared Goff before potentially drafting his replacement next season in a stronger draft where they already own 2 first rounders.

The rebuild has seemingly been unending for the Detroit Lions, but they may be just a few more smart moves away from finally putting together a winner.