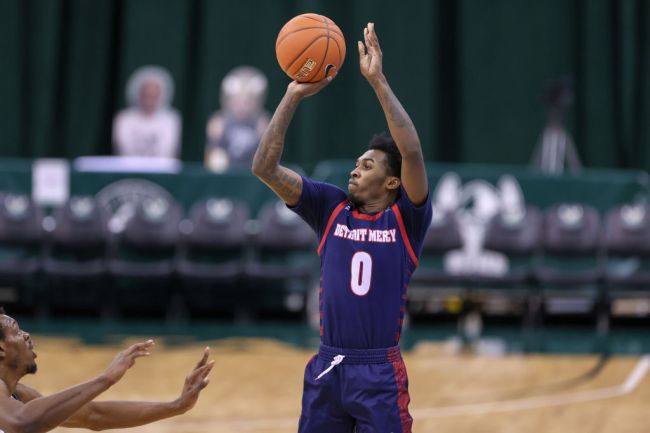 College basketball passed 1000 players in the transfer portal some time last week, but it may have just had its most coveted player yet enter the portal.

Today, Detroit Mercy’s Antoine Davis, the NCAA’s 3rd leading scorer, posted a tweet thanking the school and its fans for his time there and announcing that he would be entering the transfer portal.

“Dear Titan Fam,” Davis wrote in a statement, “I have decided to enter the transfer portal. I will always remember the University of Detroit Mercy and what it has done for me. I wouldn’t be in this position without the University giving me an opportunity as a student-athlete. I was honred to be a Titan and play in the Horizon League against great players and coaches, and I loved every second of being coached by my dad and brother. I also want to thank our fans. I have loved everything Detroit Mercy has provided me from basketball to my education. I will always be a Titan.”

Detroit guard Antoine Davis — one of the elite scorers in college basketball — announces he's entering the transfer portal. Ranked third in the country in scoring this past season, third in 2021, fourth in 2020 and third in 2019. 24.6 PPG over four seasons. https://t.co/3j2Gn4yh92

Antoine Davis averaged 23.9 points per game this season, a number only topped by Liberty’s Darius McGhee and Bryant’s Peter Kiss. As of right now, Kiss has declared for the draft and McGhee hasn’t announced anything about his future, making Davis the highest scoring player in the portal.

His 23.9 points were actually the lowest average of Davis’ career. As a freshman, he posted an astounding 26.1 points per game. The next season that dropped to 24.3 and las year he averaged 24 points per game.

Davis is sure to have plenty of teams hoping to add his scoring ability next season.