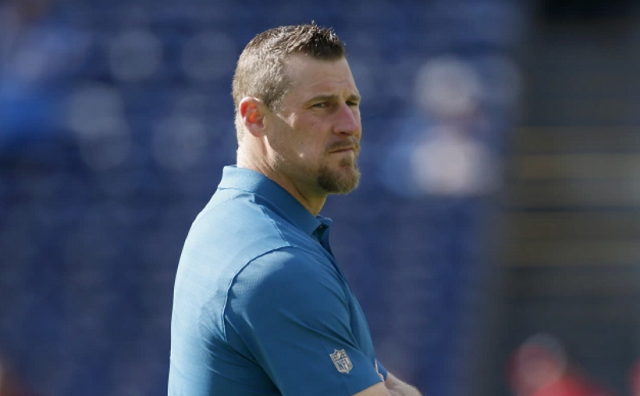 Detroit Free Press sportswriter Marlowe Alter might have to find a new job.

Earlier this week Marlowe tried to expose Lions head coaching candidate Dan Campbell over some old comments that were regarded as “anti-gay” during a 1998 Texas A&M pep rally where he said he was proud to attend a school where “men like women and women like men”.

But while he was a tight end at Texas A&M in the late 1990s, Campbell caused a major controversy.

Speaking at a pep rally called the “Aggie Bonfire” before a game against rival Texas in 1998, Campbell, a senior at the time, made an anti-gay remark in front of about 40,000 students, staff members and alumni, causing outrage from some students and professors, according to a media report at the time.

After expressing hatred for the Longhorns, Campbell said he was proud to attend a university where “men like women and women like men.”

It is worth noting that Campbell apologized for the remarks at the time.

A local newspaper published an apology from Campbell in the days after the event: “I offended some people, and I’m sorry for that. It was heat of the moment. It’s not necessarily that I directed it at anyone.”

After the report was published, Internet detectives quickly found out that Marlowe had some problematic tweets of his own. 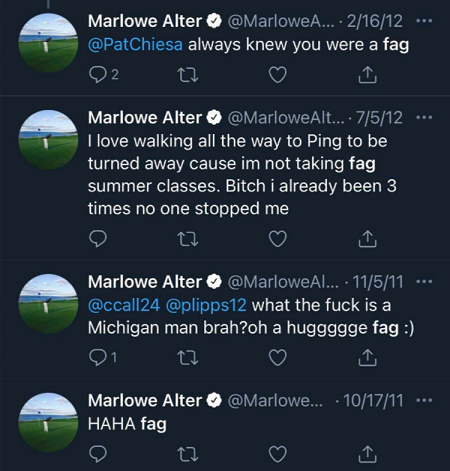 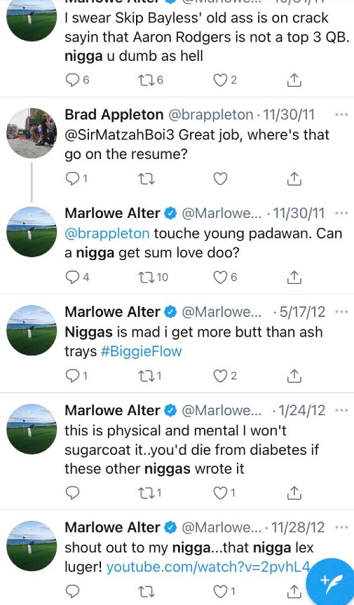 Marlowe apologized for the tweets after the newspaper announced they were investigating the matter.

I apologize for the unacceptable tweets from my past. There is no excuse for the language I used and I'm embarrassed. I do not condone that language. I’m sorry to anyone I have offended and deeply regret my actions.

We are aware of and investigating reports of inappropriate tweets by a member of our staff.