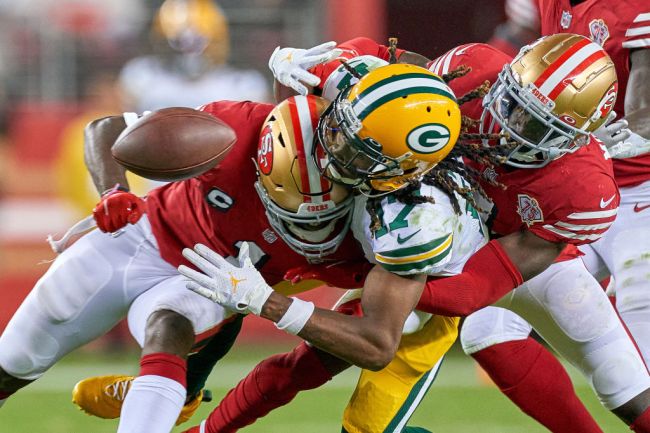 Davante Adams is built different. At least, so he says.

The 28-year-old wide receiver popped off for 132 yards and a touchdown on 12 catches during Sunday Night’s game against the San Francisco 49ers. His strong performance was a big part of the Packers’ win and his presence was crucial during a final-minute, 37-second, game-winning drive.

All three plays on the drive — excluding two spikes to stop the clock — were throws in Adams’ direction. Two of the targets were completed for a total of 42 yards to set up a Mason Crosby field goal.

He gets knocked down, but he gets up again.

However, after taking a vicious hit earlier in the game, many fans believed that he should not have been in the game at all.

Adams went deep for a jump ball in the fourth quarter and, as he came down, took a shot directly to the upper body. He was extremely slow to get up after the collision and appeared as though he was knocked out for a moment.

Many fans questioned how he was able to return to the game with what appeared to be a concussion. Nevertheless, one play and a timeout later, Adams was back in the game catching passes.

Adams spoke with media after the game and explained everything that went down. The hit, if you look more closely, was to his chest, and he said that he had the wind knocked out of him.

It was clear that he did not have a concussion when he was evaluated on the sideline, Adams said. His reasoning for how he was able to get back on the field so quickly was rather entertaining.

Davante Adams said he was able to return to the game after his scary injury because he’s built different. Protect this man at all costs pic.twitter.com/oyBZJZPhfh

Nobody is going to debate that Adams is “built different.” When he’s healthy, the eight-year NFL pass-catcher is nearly impossible to defend.