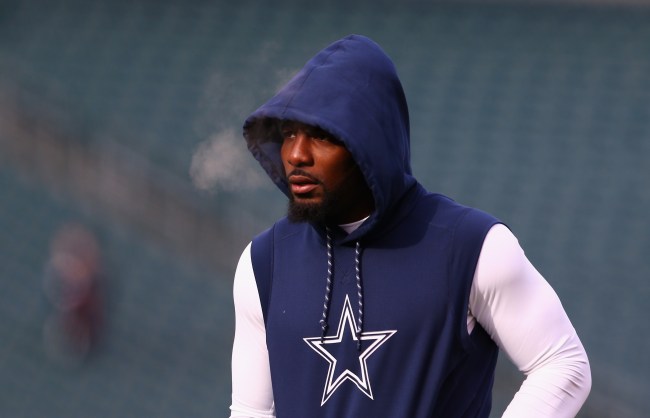 Bryant, who is represented by Jay-Z’s Roc Nation sports, wants Kaepernick to lead through his actions like Jay-Z did by collaborating with the NFL.

@Kaepernick7 … I’m not against you I’m with you.. I just want to see the change as well pic.twitter.com/6cGW6If0wE

Bryant went on to remind fans that Kaepernick didn’t become an activist until after he lost his starting job in San Francisco.

Day1 as when he got drafted?… or when Trayvon martin was Gun downed? he was in the nfc championship or super Bowl that year if not mistaken or This started whenever he chose not to play ball because he wasn’t a starter? Just be a lil bit more specific.. https://t.co/DCG4EZhOxi

Dez continued to argue with fans who questioned his credibility on the matter.

I say this proudly…Ive done more than you could even imagine… from the time I stepped foot in the league…. no camera no nothing… you better ask the folks in Dallas about me https://t.co/xbuapdEEwa

Y’all making it seem like I’m against the man…. I feel like it’s more he could be doing for the people… so many businesses he could have started to employ the people…and raising money to go back into the communities especially with all of his supporters https://t.co/Df8DcZFNMO

Boss man… I promise I’ve been set myself for greater heights this game was just a part of my resume… im not desperate for it..because of my own experiences..I’m on Dez side… I’m in the space of controlling what I can control and sharing my experiences to youth for good https://t.co/HuK4nGig5G

Man I do this shit faithfully without a camera throughout my whole entire career…It’s time I’ve literally sat for hours talking to homeless people just listening to their stories.. different occasions….. https://t.co/U97OfUdNAE

It seems like everyone has a hot take on Kaepernick these days and that’s not going to change any time soon.