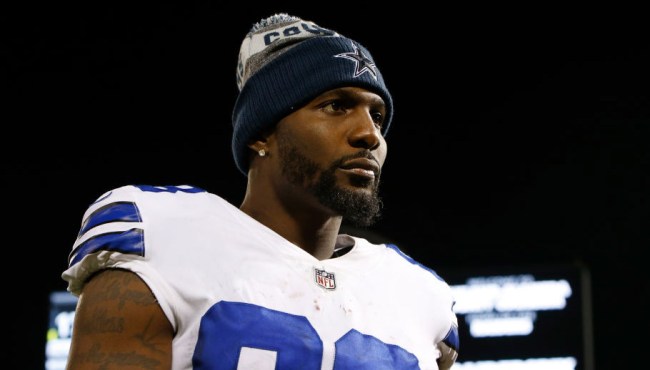 After getting released by the Cowboys late last week, Dez Bryant said that he was interested in joining an NFC east team so that he could exact revenge on his now former team.

Unfortunately for Dez it appears that the Eagles,Giants or Redskins are interested in his services.

More on Dez Bryant: The #Redskins, per a league source, “have not discussed [him] at all” and have no desire to explore signing him. I’m also told the #Giants are not interested – neither are the #Eagles. So Dez’s goal of remaining in the NFC East appears to be a pipe dream

Now that he’s been rejected by those NFC east teams it seems like Bryant is expressing his interest in joining the Texans with his latest Instagram activity.

Dez Bryant's most recent follows on Instagram as pointed out by @BobbyBeltTX. pic.twitter.com/4ZTXQCVnp8

Two Texans players, DeAndre Hopkins and Tyrann Mathieuu, are down with the idea of the team adding Bryant.

The Texans can certainly afford Bryant but not it’s a question what price they want to pay to sign an aging, injury prone wide receiver to their team