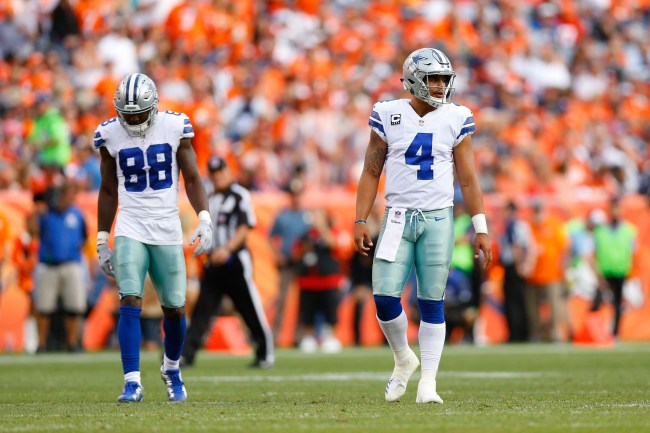 Skip Bayless is public enemy #1 after he made some out of bounds comments regarding Dak Prescott and his depression.

On Thursday afternoon, Bayless said he had no sympathy for Prescott who had opened up about being depressed following his brother’s suicide in April.

During his tirade, Bayless felt Prescott was showing weakness and was not being a leader by talking about his depression.

I get on twitter to laugh joke & spit real life shit with people but I’m being very clear with you skip bayless… FUCK YOU….I pray you never have to face mental illness or anything close to what people face with when they have mental health concerns.. you’ll fold like a bitch

As I was struggling mentally I ran across a person who was also going through similar things. We became great friends through our struggle & shared experiences. While I have made leaps I am in a healthy place my friend text me yesterday because he was having 1 of those hard days. pic.twitter.com/Mw46OUFdfA

Mental illness was a huge part of why I didn’t want to play football after my release from Dallas and due to the social issues and injustices happening. I turned down opportunities and money because my health, stability and mental healthy were far more important.