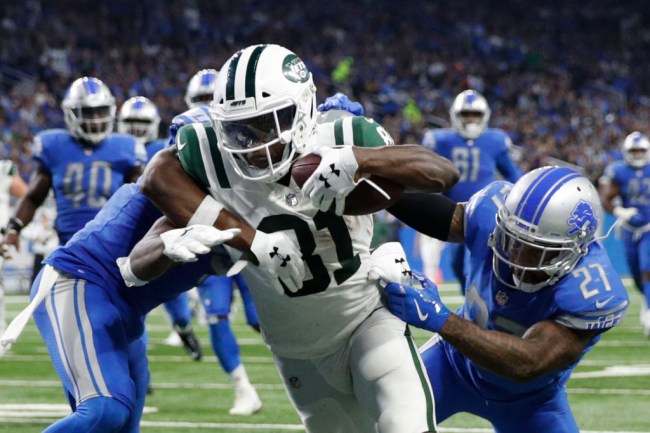 And away we go for Week 2.  Here’s a look at some of the top plays on DraftKings this week that I’ll be building most of my lineups around.

I am not usually a big fan of paying up at quarterback, but Big Ben has Big Upside this week.  The Chiefs secondary is going to prove to be one of the worst in the league, and Roethlisberger has insane home/road splits.  While others may look at last week and be scared off Ben and his poor performance, I am happily throwing him in my lineups and expect him to have a field day throwing on the porous Chiefs secondary.

As you can already tell, I am expecting this Steelers/Chiefs matchup to be an offensive explosion.  Mahomes went nuts in his second career start last week, and there should be more of the same this week.  The Steelers defense is not what it once was, and Andy Reid has a history of letting his QB’s throw a ton.  I expect Mahomes to have to keep up with all the points Roethlisberger puts up, which should provide us with lots of fantasy goodness.

Foles should go under the radar, as he was not particularly impressive in the preseason nor in game one.  However, the Bucs have lost their two top corners, and were just torched by Drew Brees and the Saints.  The Bucs are a “funnel” defense, as they purposefully load up to stop the run, and force their opponents to pass.  I’m expecting a big game out of Foles.

With Devonta Freeman still not practicing, it’s looking more and more likely Coleman will get the start.  If Freeman does get ruled out, Coleman becomes the best play on the board based on his price.  He will see a huge uptick in volume, and will be a huge focal point of the offense.  If Freeman is out, get Coleman in.

After lighting the Browns on fire last week, Conner saw a massive salary boost of $2200 this week.  That should scare off plenty of others, but not me.  Conner proved that he can handle a massive workload, and the Steelers have proven that when LeVeon Bell is out, they don’t cut down the workload, they just give it to the next man up.  D’angelo Williams smashed in spots like these in the past, and Conner did last week.  At $6700, the price is still too cheap for the amount of volume he is expected to go.

Rex Burkhead is all of the sudden in the concussion protocol.  If he were to miss the game this week, get White in your lineups.  Facing the vaunted Jaguars defense, Tom Brady should definitely be looking for help out of the backfield.  White is the workhorse for the Pats in the passing game, and if Burkhead is out, it wouldn’t surprise me to see him get 8-10 targets along with a couple rushing opportunities this week.

As mentioned previously with Big Ben, Brown should absolutely smash the Chiefs this week.  They have no one that can cover him, and his splits in games without LeVeon Bell are amazing.  Put those together, along with the Steelers home opener, you have an amazing opportunity for Brown.

Enunwa had a big game on Monday night against the Lions, catching 6 balls for 63 yards and a touchdown.  The amazing part about that performance, was he commanded 10 targets, on only 19 passes by Sam Darnold.  He is clearly Darnold’s favorite target, and should be used a ton this week out of the slot.  His price hasn’t caught up to the production I am expecting.

Agholar is another off the radar play, that is a target hog in a good offense.  At first glance, Agholor’s opening night is probably looked down upon as he only collected 13.5 points.  However, he also commanded ten targets, and with Alshon Jeffrey still out, he should continue to see a high volume of passes thrown his way. If he manages to find the end zone on one of them, look out, he’s going to vault you to the top of the leaderboard.

At tight end, I like Gronk and Ertz, but will not have an Kelce’s in my lineup.  The Steelers have a long history of bottling up Kelce, and I think they game plan to take him away again this week.  If you are looking to save salary at tight end, I like Jack Doyle and Jared Cook as cash game options, and George Kittle, Jonnu Smith, David Njoku, and Ricky Seals-Jones as tournament options.  On defense, if Aaron Rodgers ends up not playing, smash the Vikings into every lineup you can.  If he does play, other defenses to consider include the Chargers against the awful Bills, the Saints in a bounce back opportunity vs the Browns, and the Titans, against an awful offensive line in Houston.