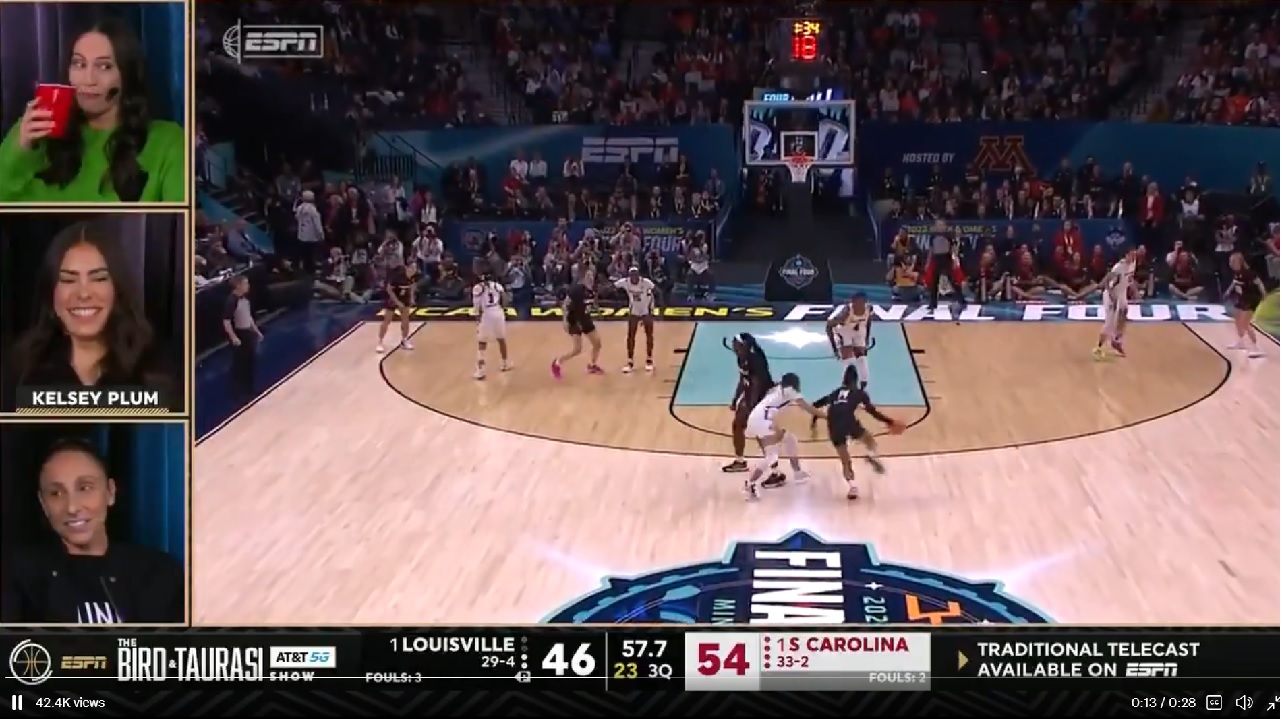 Like the Monday Night Football’s Manningcast, ESPN’s Megacast for the NCAA Women’s Final Four had some wacky unfiltered moments.

During Friday night’s game between the Louisville Cardinals and the South Carolina Gamecocks, Diana Taurasi made a comment that led to a hilarious awkward pause in the broadcast.

“There’s where that length comes into play right there, like in those other games she was finishing in the lane, the length of the cocks is long”

"The length of the Cocks is long"
Diana Taurasi pic.twitter.com/5igEthPvU2

As soon as Taurasi made the comment about the Gamecocks’ length, both Sue Bird and Kelsey Plum couldn’t stop giggling and began sipping their drinks to cover their laughter.

While talking about South Carolina’s defense, Diana Taurasi just said, “THE LENGTH OF THE COCKS IS LONG” 😂😂😂😂 and Sue, Kelsey and Diana immediately went quiet and sipped their drinks #WFinalFour pic.twitter.com/q6vgRXAHPm

forever one of the most iconic sentences from Diana Taurasi, “the length of the cocks is long”.