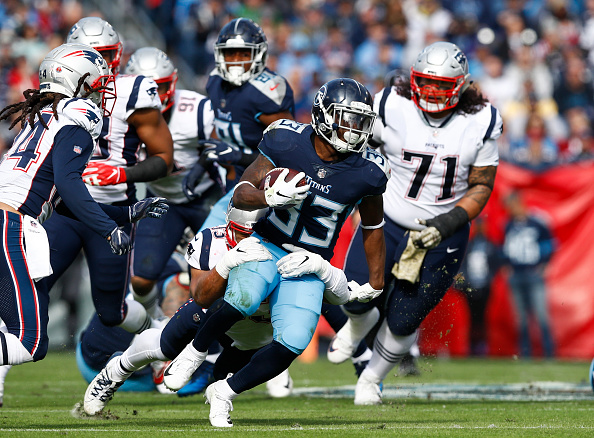 The New England Patriots got crushed by the Titans 34-10 on Sunday and no one was happier than Tennessee’s running back Dion Lewis.

Lewis, the former Patriots RB who wasn’t re-signed by the team in the offseason, blasted his former squad after the game.

Is it personal, Dion Lewis? ‘hell yeah it’s personal. That’s what happens when you go cheap. You get your ass kicked.” The #Titans RB very happy about beating his former team #patriots

This has bothered Dion for some time. And that's why I asked. Chip is firmly on that shoulder. https://t.co/eYWiFZ4JPV

Former Patriot Malcolm Butler also seemed to be happy about getting revenge on his former team,

Malcolm Butler said this win was no different than any other but when I asked him if he smiled a little brighter knowing who was on the other side he said, "most definitely." #titans #patriots

This was Dion Lewis' Super Bowl. It's very easy to run your mouth after winning a regular season game against the Patriots. He was great for the Patriots and I wish he and his new team well as they fight to get into the playoffs.

Congrats on the week 10 SB I know it must’ve felt great after that 35-14 beating in the playoffs last season. Good win

Pretty sure being 'cheap' has worked pretty well for the last 18 years.

He’d be retired if Bill didn’t take a chance on him.

Who and where was Dion Lewis before New England? Stay humble. Dion, before last year u never finished a complete season

"Enjoy it now but come January you'll be watching us on your comfy sofa while we take care of business in the playoffs"-sincerely Tom Brady pic.twitter.com/qXLpa5yJ6U