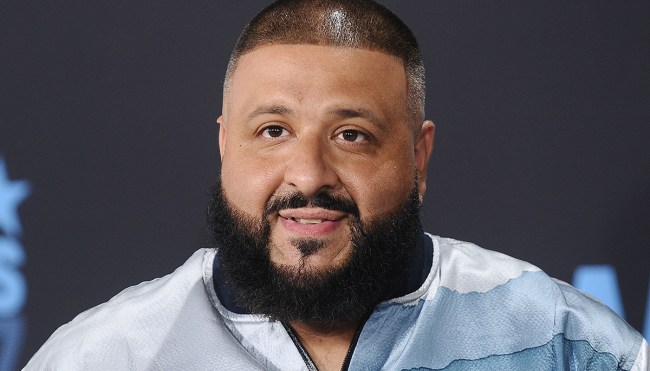 There is perhaps no person in human history who’s managed to stumble upward as impressively as DJ Khaled, who initially made a name for himself in the late 1990s after landing a gig at a Miami radio station before leveraging his ability to yell over other people’s music into a wildly successful career.

The existence of DJ Khaled is defined by a truly baffling personality built upon a foundation of virtually unparalleled braggadocio and an amount of confidence that’s as unwavering as it is unjustified. It might be hard to knock the hustle of a man who’s seemingly done very well for himself on the back of an absurd schtick, but it’s very easy to laugh at him thanks to the many occasions where his hubris has come back to bite him.

DJ Khaled would lead you to believe that he is “the best” at virtually anything he sets his mind to, but as we’ve learned time and time again, that is not actually the case.

On Sunday, we were treated to the most recent reminder of that reality courtesy of what unfolded when the Heat hosted the Hawks for the first game of their NBA playoff series at FTX Arena.

According to TMZ, DJ Khaled made his way onto the court while both teams were shooting around and tried to drill a shot from the top of the arc. However, he took a couple of Ls in the process, as he not only airballed the attempt but was quickly escorted off of the hardwood by a security guard who made a half-hearted effort to block him.

Producer/Rapper DJ Khaled gets kicked off of Miami Heat’s basketball court after he air-balled and missed, trying to make a 3-pointer during the Heat’s Playoff game. #NBA pic.twitter.com/EexS4UN1wt

I believe that’s what DJ Khaled would refer to as “playing yourself.”