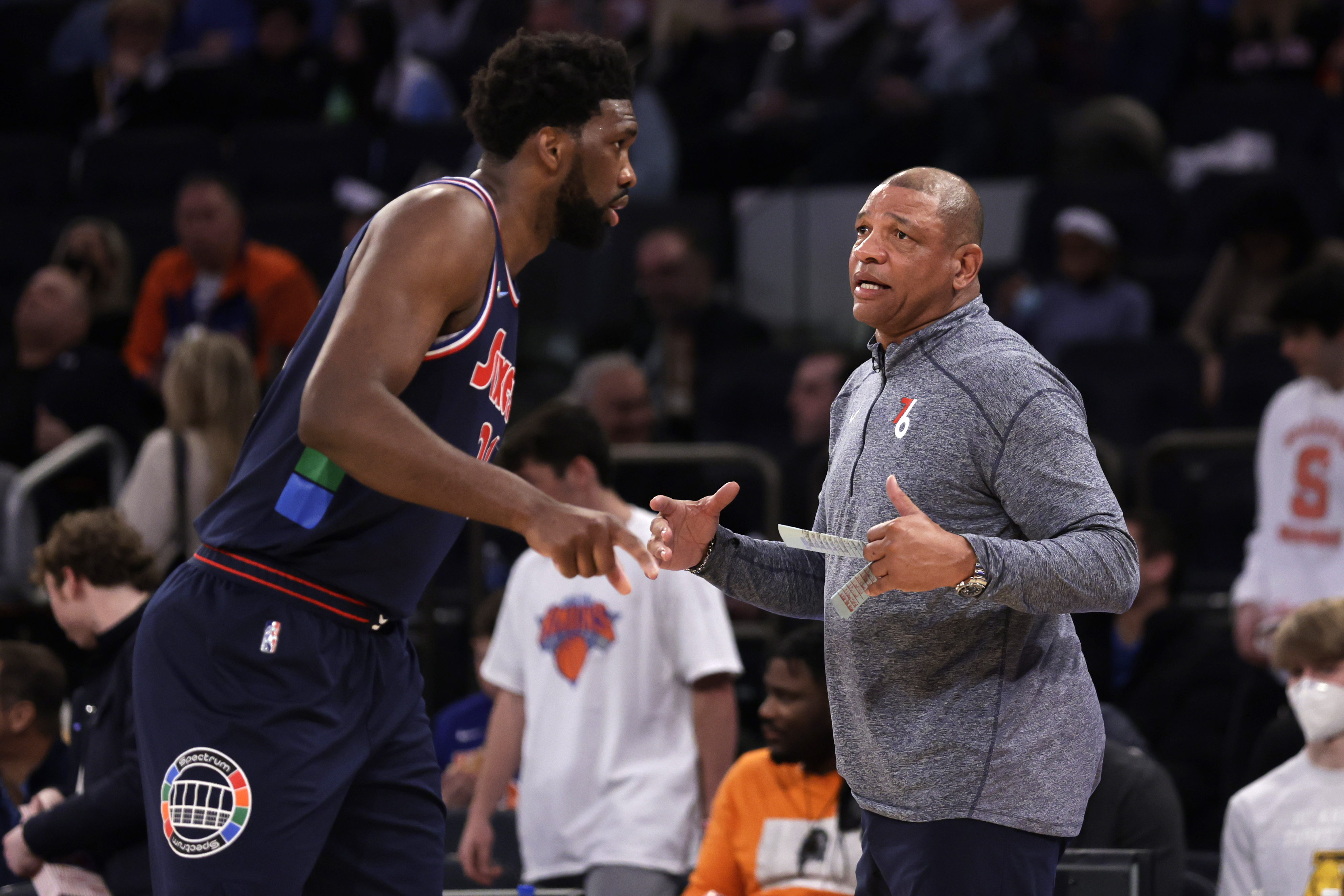 Doc Rivers is firing back at his critics over the Joel Embiid injury.

Earlier this week, Embiid fractured his orbital and suffered a concussion late in the fourth quarter of a blowout win against the Toronto Raptors when he got inadvertently elbowed by Pascal Siakam.

Sources: 76ers All-NBA star Joel Embiid suffered a right orbital fracture and mild concussion in series-clinching Game 6 win last night in Toronto. He will be listed as out and there is no timetable for his return.

Up 29 with 4 minutes remaining in Game 6, Embiid caught an elbow from Pascal Siakam that broke his face while Raptors fans cheered and their commentator said “You get what you deserve.”

Embiid also suffered a mild concussion and will be out indefinitely. pic.twitter.com/qRXJz58gtI

Fans went on to blame Rivers for the injury.

“The other team had all their guys in”
(🎥 @TomMoorePhilly ) pic.twitter.com/Y2Cluo0eeJ

On Saturday, Rivers explained why he left Embiid late in the game vs. the Raptors after he was criticized for it.

“The other team had all their guys in”
(🎥 @TomMoorePhilly ) pic.twitter.com/Y2Cluo0eeJ

“After Joel made the shot and did the airplane, if you watched the game, I turned and said I’m calling a timeout the next possession,” “Not upset that he was in. You can make that a big deal if you want, but just go look at every team, and every game, and their guys are in until about the three or four minute mark.”