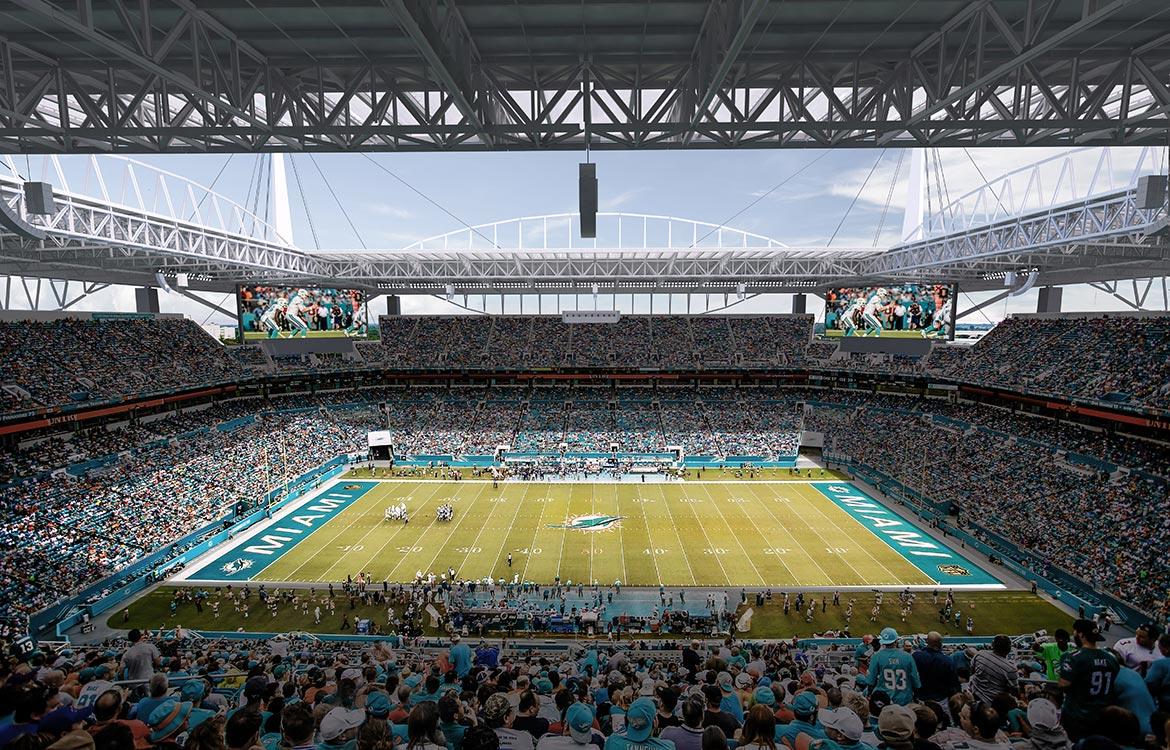 Earlier this season, Bills fans complained about how much hotter their team’s sideline got compared to the Dolphins sideline.

I was told earlier that the field temperature here at Hard Rock Stadium was 120 degrees at 10am.

The #Bills sideline is completely open and getting crushed by the sun and those tiny overhangs they have for bench can't bring much aid. 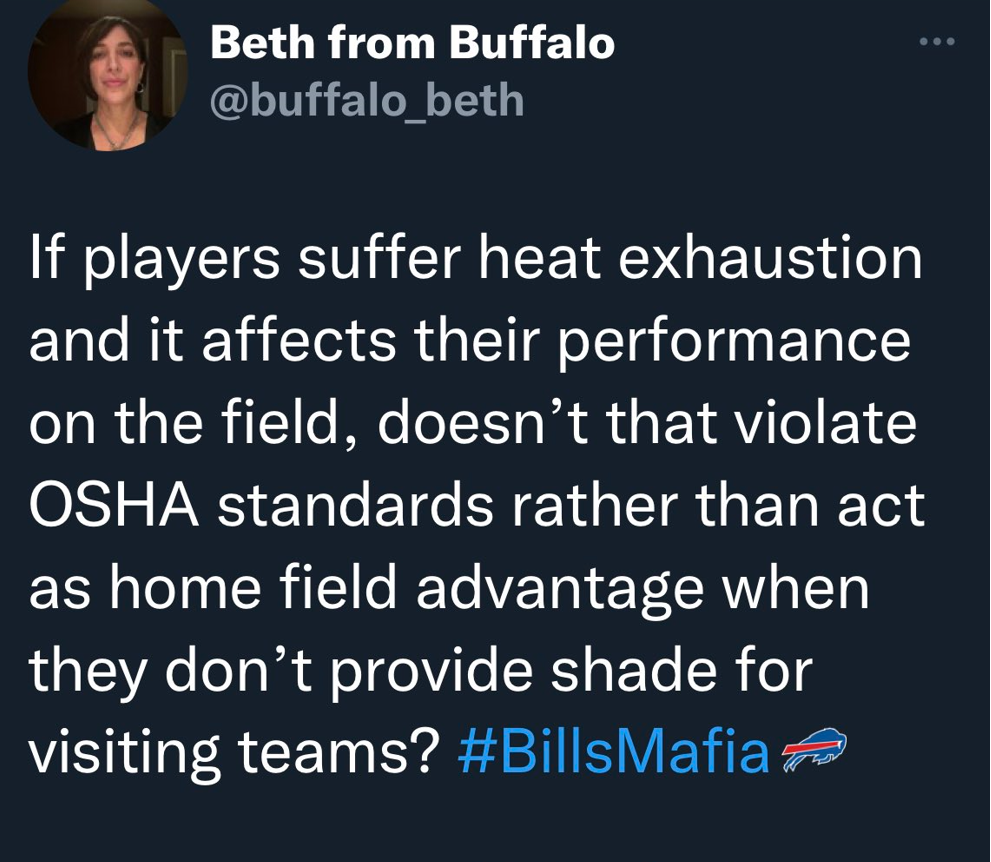 During Sunday’s Viking-Dolphins game, the Fins had a 30-degree advantage vs their opponents.

There is a 30 degree difference between the two sidelines 😳 pic.twitter.com/Q8uWNo3dtX

The Dolphins’ stadium design cleverly covers the home team’s sideline with shade while the visitor’s sideline is directly hit by the sun.

For those wondering how this is possible, it's because the Dolphins give themselves the sideline that has shade. An underrated home field advantage. https://t.co/3b5h2pieDF pic.twitter.com/LXH7pLtCSP

A reminder that the Hard Rock Stadium canopy covers the home sideline — but not the visitor’s. Sun, fortunately for the Vikings, is peaking in and out of the clouds. pic.twitter.com/e7DKmRnE0S