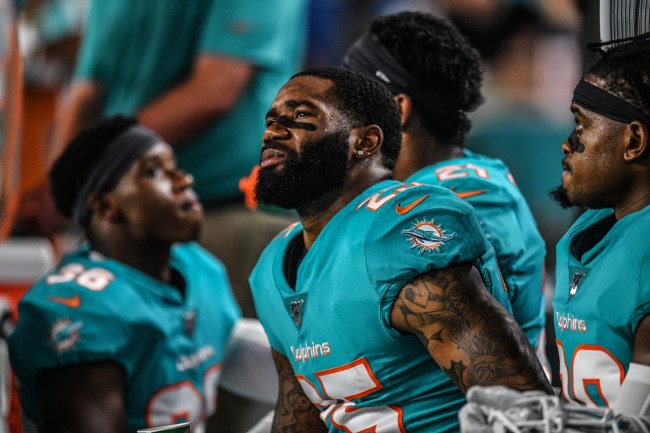 The Miami Dolphins are blatantly tanking in extraordinary fashion.

Last week, Dolphins star DB Minkah Fitzpatrick was one of the players who was disappointed with direction of the team and decided he wanted out of Miami.

The Miami Dolphins have given permission to the representation of defensive back Minkah Fitzpatrick, a first-round pick in 2018, to gauge trade interest around the NFL, NFL sources tell the Miami Herald.

ESPN first reported Thursday night that Fitzpatrick’s agent Joel Segal is seeking a new landing spot for Fitzpatrick. The Dolphins, however, are not actively shopping Fitzpatrick, according to sources.

The Dolphins, those sources say, would only consider trading Fitzpatrick if “significant compensation” is returned to them for Fitzpatrick.

The Dolphins have granted Fitzpatrick’s request and have traded him away to the Steelers for a first round pick.

The Dolphins who are currently 0-2 and look like the worst team in the league but they now have three first-round draft picks in 2020.

Dolphins now have three first-round picks in 2020: theirs, the Texans’ and now the Steelers’ in exchange for Minkah Fitzpatrick.

Dolphins cornerback Xavien Howard, who recently signed a 5-year $75 million extension this summer, had a hilarious reaction to the news that the team was continuing to tank by trading Fitzpatrick.

We will be good X. Trust the process