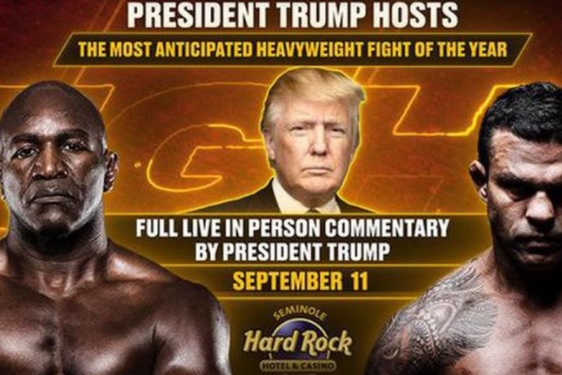 There’s a very good possibility that we live in some sort of simulation because things keep getting weirder.

This weekend, 58-year-old former boxing champion Evander Holyfield is set to take on former UFC champion Vitor Belfort and Donald Trump is going to provide live commentary of the fight.

Apparently, Triller has tapped the former President and his son Donald Trump Jr. to provide commentary for the fight that can be played as an alternate audio feed for those who purchase the PPV.

“I love great fighters and great fights. I look forward to seeing both this Saturday night and sharing my thoughts ringside. You won’t want to miss this special event,” said President Donald J. Trump.

They will offer their perspective on the big #HolyfieldBelfort #boxing PPV 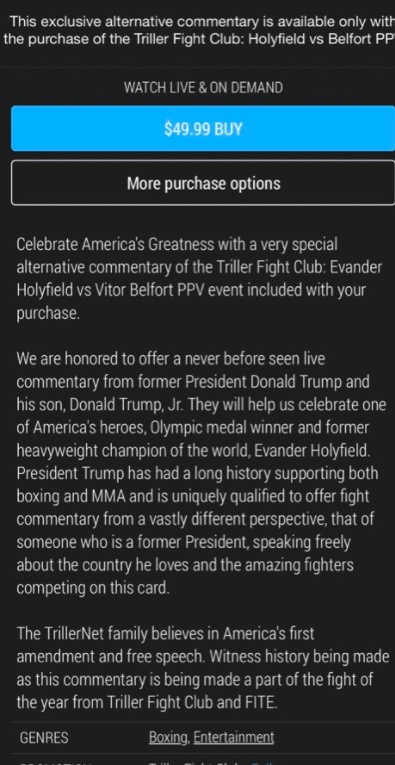 The Holyfield-Belfort PPV is set to air on FITE TV/Triller PPV this Saturday on September 11 and will feature former UFC fighters Anderson Silva and Tito Ortiz facing off against each other in the undercard. The fight card can be purchased for $49.99 and will include the alternative audio commentary featuring Donald Trump.