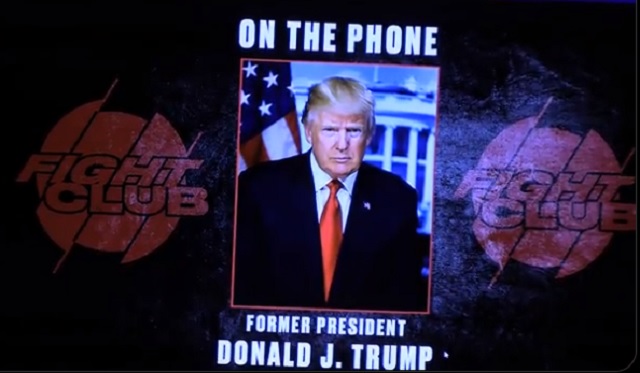 Donald Trump is already taking shots at Joe Biden ahead of his commentating gig on Saturday night.

This weekend, the former President and his son Donald Trump Jr. will provide alternative audio commentary for the Evander Holyfield-Vitor Belfort fight.

They will offer their perspective on the big #HolyfieldBelfort #boxing PPV

On Thursday Trump called in during the Holyfield-Belfort pre-fight press conference and took a shot at current President Joe Biden when asked which celebrity he would box today.

Donald Trump wants to box Joe Biden…expect a lot of this commentary on Saturday pic.twitter.com/lJFZOFG32z

“If I had to box somebody, I think probably my easiest fight would be Joe Biden…I think Biden would go down within the first few seconds”