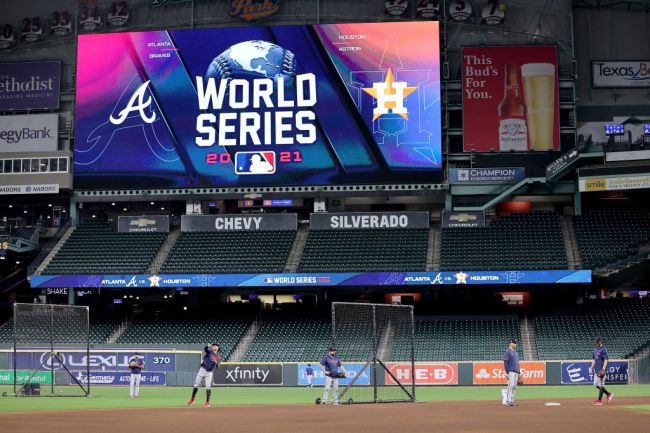 The Houston Astros square off against the Atlanta Braves in the World Series on Monday night. It isn’t only the MLB players upping their game to rise to the occasion – the concession stands at Minute Maid Park are also raising their standards as the World Series takes place. Houston is offering Doritos Nachos to hungry Astros fans at the World Series.

New tonight in Houston for the World Series: Doritos Nachos.

The creative cuisine was created by Aramark – which “delivers innovative solutions to more than 150 sports facilities, convention centers, and entertainment venues.”

The Astros are also reportedly offering “Boozy Bears,” which are gummy bears soaked in Raspberry Vodka.

During the MLB postseason, Aramark has offered a number of interesting food options – including lobster roll, lobster corn dog, la pina dog, and lobster grilled cheese for the American League Championship Series (ALCS) between the Astros and the Boston Red Sox.

RELATED: The One Thing You Should Eat At Every Major League Baseball Ballpark This Season: National League Edition