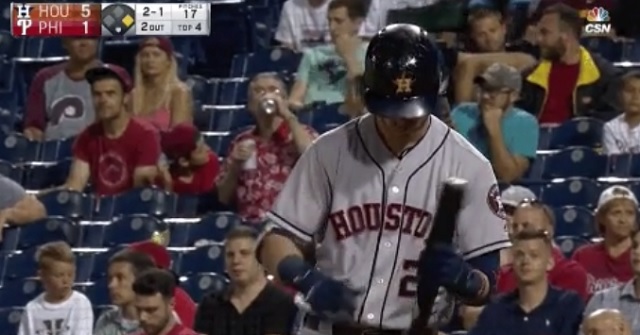 This guy's all right. pic.twitter.com/INMT2XdVPE

This dude must be blowing his entire retirement check on $13 stadium beers and I respect it.

@astros @Phillies This man in the background might be the game's MVP. Someone buy him a beer or two. #oldmandrinkingbeers pic.twitter.com/N5KCP3W9sA

This has to be an act right?!? pic.twitter.com/Jfm5SEAWOl

STILL LOCKED AND LOADED DURING MCCANN'S AT BAT. SLOWING DOWN THOUGH. pic.twitter.com/pAP4i9JaFQ

And he is still going!! My 9 year old pointed it out!! pic.twitter.com/ANcjLijlJc