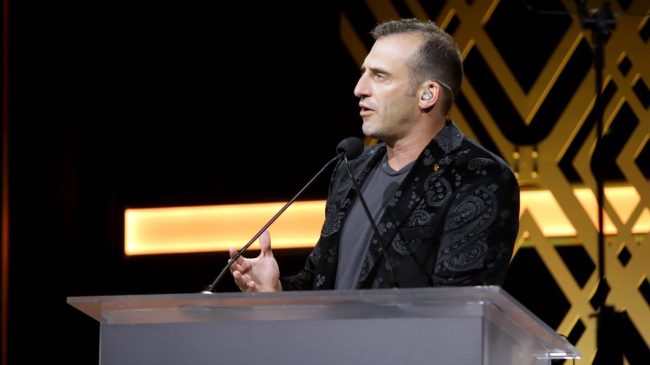 This news may come as a surprise to many, but it turns out Fox Sports Radio host Doug Gottlieb may not have been completely forthright about something.

Gottlieb, who is most known by many as the guy who left the Notre Dame basketball program after stealing his teammates’ credit cards, was back in the news recently. He was also back in a court room.

The former ESPN and CBS radio host now has his own show with Fox Sports Radio and made some bold claims earlier this year.

In a since deleted tweet, Gottlieb states that Freddie Freeman’s agent Casey Close never informed the star of the Atlanta Braves’ final contract offer to him. Freeman, of course, had an emotional breakup with the team that he spent the first years of his career with.

Gottlieb’s comments were quickly front-page news across the country. Close, of course, denied the comments vehemently. Even Derek Jeter came to his former agent’s defense.

Close even opted to sue Gottlieb for libel over the comments.

Agent Casey Close sued radio host Doug Gottlieb for libel Thursday, alleging in a complaint that Gottlieb defamed him and Excel Sports Management in a tweet regarding the contract negotiations of Dodgers star Freddie Freeman, according to court documents obtained by ESPN.

That appears to have been effective. Gottlieb took to Twitter on Wednesday and walked back his comments, blaming his sources in the process

“While I always strive to report accurate information, I prematurely reported on these events and simply got it wrong. Upon further vetting of my sources, a review of the lawsuit filed against me in this matter, and a direct conversation with Casey himself, I have learned that the conduct I alleged did not occur and that there is no credible basis for stating that it did. My ultimate investigation into this matter confirms that Casey Close did, in fact, communicate all offers to Freddie Freeman that the sources I relied on were incorrect, in no uncertain terms.”

Ah, yes, it’s the sources that were wrong. A simple mistake, surely.

Freeman has settled in with the Los Angeles Dodgers after a rough start. The 2020 NL MVP is hitting .324 with 17 home runs and 84 RBI. The Braves, meanwhile, are locked in a crazy battle for the NL East with the New York Mets.

So it appears all parties have now moved on. Except Gottlieb, of course.