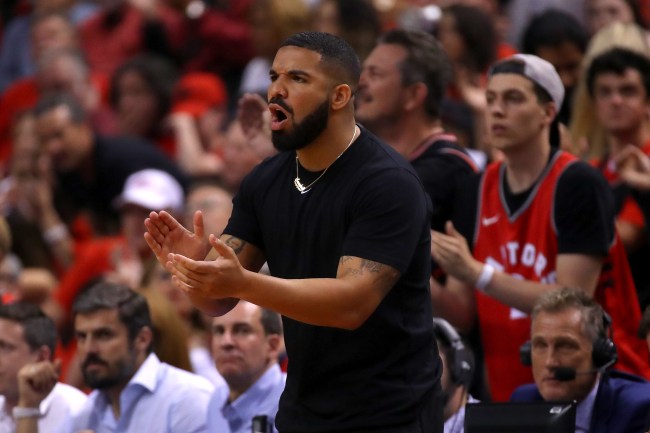 The Toronto Raptors won the NBA championship last week and no is celebrating the team’s victory as much as Drake.

For the past week the Toronto based rapper has been on cloud nine partying with the team and getting to hold the Larry O’Brien trophy.

The Raptors had their victory parade today and of course, Drake made his presence felt by having his $220 million private cargo plane circle the parade route.

Started from the bottom, now it's here.

Drake's plane, Air Drake, made a victory lap over the city and the celebrations for the #TorontoRaptors #WeTheNorthDay #NBAChampion2019 pic.twitter.com/8RkBzXNrZ3

Drake was also seen catching beers from the crowd Gronk-Style.

And hanging out with board man himself.

Drake looking like a proud rec league dad at the Raptors parade 🏆pic.twitter.com/RXeZhLR69E

Can’t even hate on Drake and Raptors fans today it looks like their genuinely happy to celebrate the Raps championship after suffering from years of heartbreak.