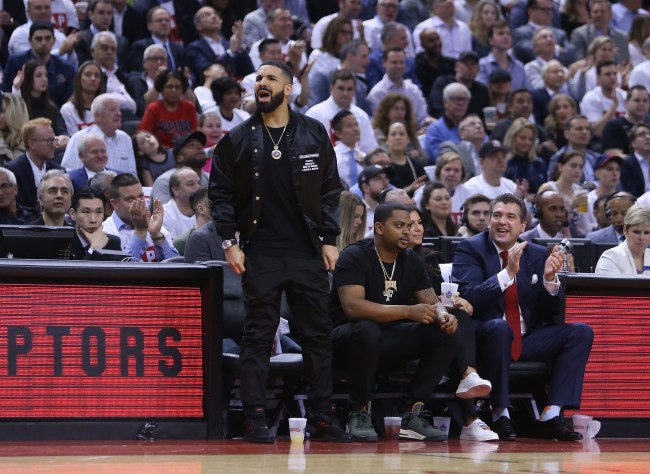 Drake somehow continues to be a terrible basketball fan even at high school games.

On Friday night, Drake pulled up to a high school basketball gym with LeBron James and others to watch Bronny’s sophomore debut at Sierra Canyon.

NEWS: Bronny James will suit up and play for Sierra Canyon tonight in the CIF Open Division final against Corona Centennial. It will be Bronny’s sophomore debut since getting knee surgery in February.

LeBron James, Drake and Anthony Davis are expected to be in attendance.

The celebrity royalty is here. LeBron James and Drake have arrived in Chatsworth at Sierra Canyon. pic.twitter.com/ZGbrSzeGdu

LeBron, Drake, JR Smith and Jared Dudley all showed up to Sierra Canyon to watch Bronny 👀

Later in the game, Drake was seen getting heated and arguing with the ref at Bronny’s game.

Drake has a few words for the ref 😂🔥 pic.twitter.com/zQXNoQzNlq