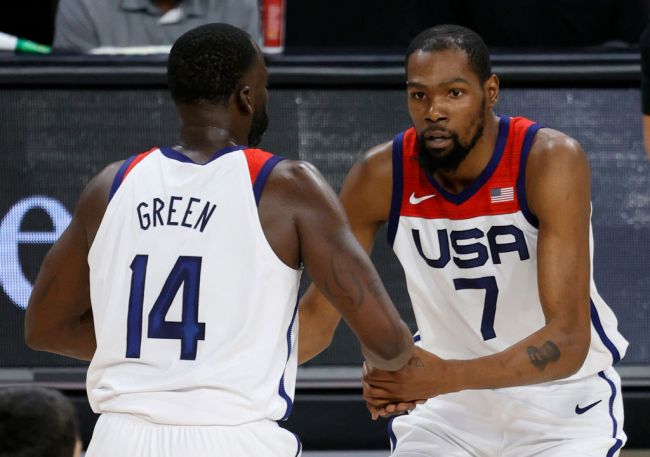 Team USA’s men’s basketball team had some fun at the expense of Kevin Durant at the Tokyo 2020 Opening Ceremony. Although KD’s birthday isn’t until September 29, his teammates got every athlete in the arena to serenade him with a rousing rendition of ‘Happy Birthday’ anyway.

The entire thing was hilarious, especially because Durant was visibly unamused by the practical joke. His face said it all.

After the whole thing went down and the video went viral, Durant’s friend and former teammate Draymond Green took credit for the stunt. 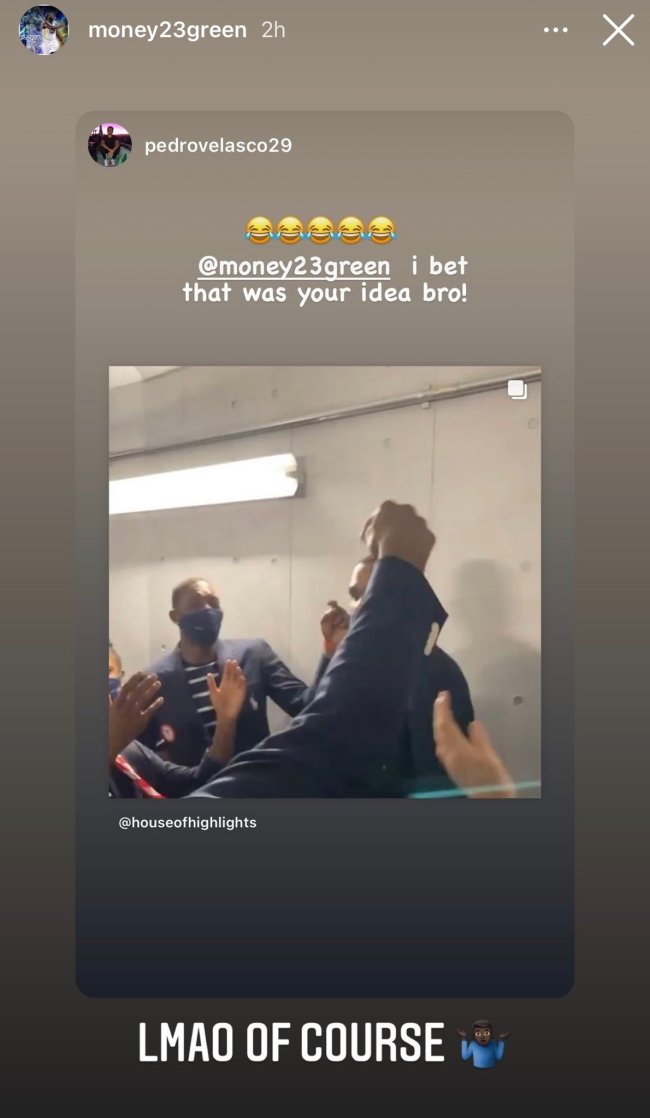 Well, after eight days, we finally have the story behind the prank. Draymond joined NBC’s Cari Champion for an in-depth interview after practice earlier this week and broke it down.

As he tells it, Team USA was in the hallway getting ready for the parade of athletes. On the left side of the hallway, someone shouted out that it was someone’s birthday and everybody started singing.

Draymond thought it would be funny if he did the same thing, but for KD. He asked women’s basketball team member Chelsea Gray what she thought, and she agreed that it would be hysterical.

After getting the seal of approval, Draymond followed up the other athletes’ lead and shoutout out to sing for Durant. The rest is history.

Green and Gray were both right, it was laugh-out-loud funny.

Entire Team USA Sings Happy Birthday To A Squirming Kevin Durant, Who Was Born On September 29