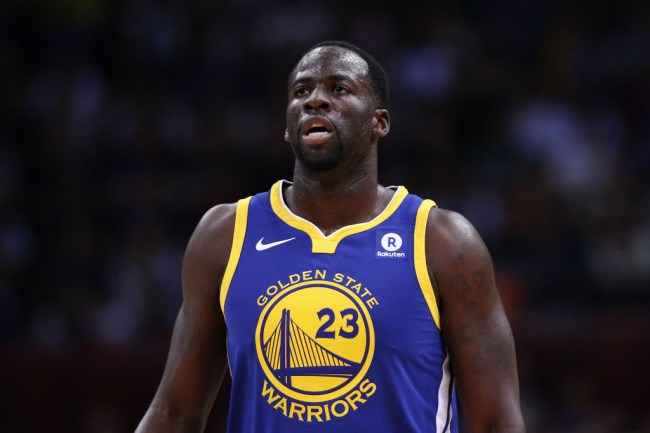 The Milwaukee Bucks elected to not take the court for their playoff game against the Orlando Magic inside the NBA Bubble on Wednesday afternoon in wake of the police shooting of Jacob Blake in Kenosha, Wisconsin.

The Bucks’ decision sent shockwaves throughout the NBA as the other two scheduled playoff games were not played on Wednesday and now reports indicate that the Lakers and Clippers have voted in favor of boycotting the rest of the season.

It’s unclear at this time whether or not we’ll see another NBA game played inside the bubble.

Draymond Green has given his opinion about whether or not NBA players and other athletes should continue to boycott. The Warriors’ big man commented under a House of Highlights Instagram post that shared the news that the Lakers and Clippers voted to boycott the rest of the season.

Green’s comment was actually a reply to someone saying “sports can wait.” He doesn’t see how it would be productive to not play sports right now and eliminating that “platform” that professional athletes have.

“But why can sports wait? Because it’s a sport? It to is a business, like the many other businesses in the world. Why is it that sports can wait but other businesses should not? If that is the case why shouldn’t the CEO of YouTube boycott Alphabet? Or the President of Apple boycott the company? But you say basketball can wait… Is it because sports(the platform) has afforded the athletes involved such huge platforms? Or maybe the athletes involved past and present actually afforded sports those platforms, that the many athletes currently have today(that’s neither here nor there).