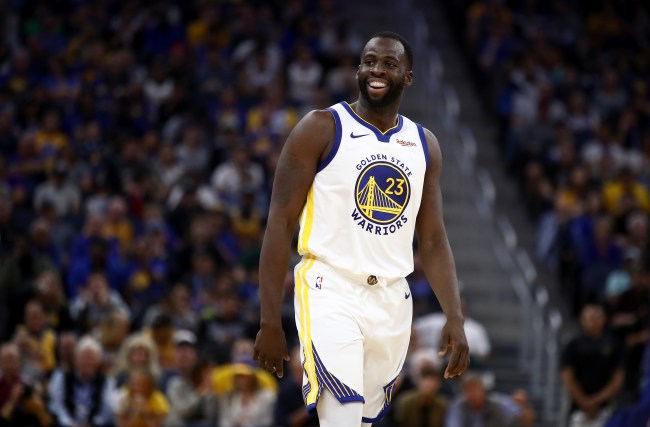 Draymond Green got himself in some trouble with the NBA after appearing on TV this weekend..

On Saturday, the Golden State Warriors forward guest-starred on TNT’s Inside The NBA and made a comment about Devin Booker needing to leave the Phoenix Suns if he wanted to be successful.

Many felt like Draymond was trying to recruit Booker to the Warriors with his comments.

Draymond Green talking Devin Booker on @NBAonTNT: "Get my man out of Phoenix. It's not good for him, it's not good for his career. I need my man to go somewhere he can play great basketball all the time, and win."
Ernie Johnson: "Are you tampering?'
Draymond: "Maybe" pic.twitter.com/vTUn4pK3iq

It seems like Adam Silver and the NBA were watching and immediately hit Green with a $50k fine for his comments.

Draymond took to Twitter to laugh at the fine.

Considering that Draymond is making $16 million a year, $50k is pocket change for him.