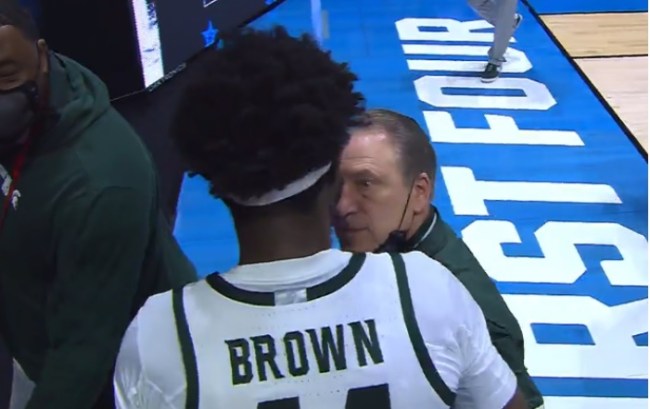 At the end of the first half, Izzo and Brown got into a shouting match which led to Izzo aggressively grabbing Brown by the arm before the player ran into the locker room.

That was one of the parts of Izzo’s coaching style I respected the most. That situation going into the tunnel was nothing! He allows his players to challenge him and he’s coming right back at you! I bet he was hype after all that 😂💯